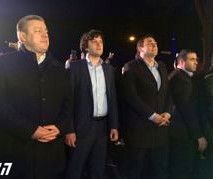 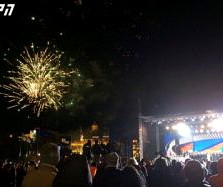 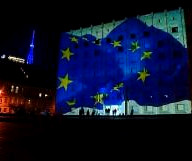 TBILISI, DFWatch–There were celebrations in the capital Tbilisi on Monday as Georgian nationals may travel without a visa to Europe’s vast borderless Schengen area from March 28.

Prime Minister Giorgi Kvirikashvili was among government officials who attended a two hour long gala concert on Europe Square marking the end of two days of celebrations. The concert included performances by bands, an orchestra and the opera choir and ended with fireworks and the Georgian national anthem.

From Tuesday, Georgian nationals may visit Europe’s vast borderless Schengen area for up to 90 days in any 180 day period. Also Georgian passport holders living in the breakaway regions Abkhazia and South Ossetia qualify for the visa waiver system.

Customs personnel have been given special instruction to give advice about procedures and check people’s documents, the interior minister said at a special briefing.

Although negotiations started as far back as 2013 with a so-called visa liberalization action plan (VLAP), it took until March this year until Georgia finally signed the agreement. The document was published in the EU journal on March 8 and enters into force on Tuesday.

What caused the delay was internal resistance in parts of the EU, which threatened to scuttle the process in the summer of 2016. One factor in the wrangling has been migration fatigue with Germany citing crime data about Georgian burglar rings; while another factor was the feasibility of bringing Ukraine into the same type of visa waiver program.

A new suspension mechanism got the process back on track in December. Any member country may halt visa-free entry from a particular country if certain conditions should arise, such as a a security threat or a sudden surge in asylum requests.

Schengen is the area comprised of all EU member countries except the UK and Ireland, in addition to Norway, Iceland, Switzerland and Liechtenstein.

People who need more information about the rules and procedures may call a special hotline operated by the Ministry of Foreign Affairs (+995 32 2945050).