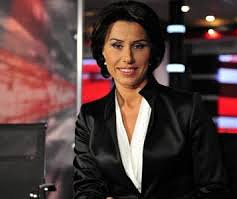 TBILISI, DFWatch–A TV host on the Georgian Public Broadcaster says she was fired without explanation and plans to sue her employer.

Eka Mishveladze, one of the hosts on Channel 1, says her open-ended contract was terminated with no explanation and she intends to take the matter to court.

She published the decree signed by the Public Broadcaster’s director Giorgi Baratashvili on Facebook.

A day before, Mishveladze was invited on the talk show Archevani on Channel 1’s competitor channel Rustavi 2, and said that she has been attempting to resume her talk show for several months, but in vain.

“They are probably afraid of people’s opinion,” she said, and recalled recent events in Georgian media. She drew attention to the closing last fall of several talk shows and the dismissal of journalists, as well as the ongoing ownership disputes in Rustavi 2 and Maestro.

She said that she has had consultations with the management of the Public Broadcaster about reviving her talk show but couldn’t reach agreement on the format of the show. The management insisted that she should not invite politicians on her show.

The new show should have been on air by the end of January, but no-one contacted her. She has continued receiving her salary until now.

Mishveladze learned about her show being cancelled through the media several months ago shortly after she married Alexi Petriashvili, the secretary general of the Free Democrats, an opposition party.