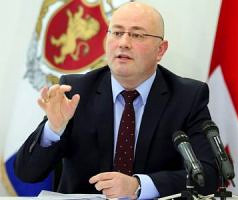 TBILISI, DFWatch–A deputy head of the Georgian counterintelligence on Monday hinted that Russia could be behind leaked surveillance videos recently used to threaten government members, although he did not rule out any theory. The videos were uploaded from Ukraine, Sweden and Lithuania.

During a meeting of three parliamentary committees, deputy head of counterintelligence Levan Izoria said the leaked videos may be in the hands of the intelligence services of other countries, including Russia.

He said this while answering a question from Zurab Abashidze. Izoria said the government ‘does not rule out any versions’, yet he did not specifically address the possibility that the sex tapes are being leaked by activists for the National Movement, which has most to gain on such a scheme and which would seem more likely given the upload locations – Ukraine, Sweden and Lithuania.

The main problem, Izoria underlined, is the fact the sex tapes, which were made by counterintelligence services during Saakashvili’s presidency, appear to have been brought out of Georgia in the interim period after the National Movement lost the election on October 1, 2012, and before Georgian Dream formed a new government – a period of 25 days. It would only take one day to bring the videos out of the country, Izoria pointed out.

He said the investigation found that the videos are being spread from abroad. He recalled the assistance from Google, Facebook and Youtube.

“They informed us that particular videos have been uploaded from certain countries,” he said, adding that among them were also Ukraine, Sweden and Lithuania.

“Facts indicate that the tapes have been exported,” he added.

Over the past few weeks, two videos have been uploaded on Youtube depicting private lives of politicians and there were threats that new videos could be posted on March 31.

A demonstration was held in Tbilisi and in some other towns in Georgia by the campaign This Affects You Too, demanding proper measures by the government.