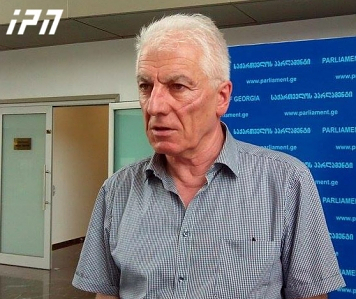 TBILISI, DFWatch–A prominent member of parliament from the governing Georgian Dream coalition says Georgia should not seek membership in NATO if it is against the state interests.

Tamaz Mechiauri, head of the finance and budget committee, also said he doesn’t rule out creating a coalition with two political parties led by Irma Inashvili and Nino Burjanadze, both accused of being pro-Russian. He thinks that if those two parties make it into parliament after the election in October, 2016, there is possibility of forming a new coalition.

Mechiauri Wednesday evening spoke about this on the TV channel Kavkazia on a talk show called Barieri. He said that ‘considering state interests’ he is ready to revise his own position regarding NATO.

“If voters decide that Burjanadze and Inashvili should be in parliament, I cannot see a tragedy if they form a majority. Voters have to decide who they want to see in parliament,” he said.

Parliamentary elections are scheduled for October 8. In the previous election in 2012, the parties in the GD coalition ran on a single ticket, but this year they plan to run independently.