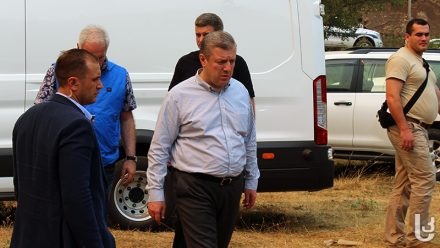 “In the evening, I personally visited all critical locations with ministers. We can say that the fire is almost extinguished. Maybe in the next few days there will be separate fires that we will look at,” PM Giorgi Kvirikashvili said and thanked all rescue workers, police and volunteers involved in the firefighting effort.

Environmentalists claim there still is a risk the fire could flare up due to dry weather and wind. Because of this possibility, the firefighters will carry on their work for the next few days.