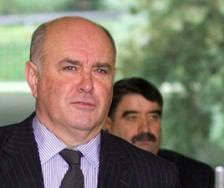 TBILISI, DFWatch–Negotiators for Georgia and Russia are to discuss the possibility of holding a top level meeting between the presidents of the two countries.

Gregory Karasin, Deputy Foreign Affairs Minister of Russia, said on Wednesday that his next meeting with Zurab Abashidze, the Georgian Prime Minister’s Representative for Russian Relations, will likely be held in the beginning of March, and that one of the topics will be a possible meeting between Vladimir Putin and Giorgi Margvelashvili.

A few days ago, Putin said that he is ready to meet his Georgian counterpart if he wants.

Margvelashvili responded that he would carefully analyze Putin’s proposal.

Abashidze told journalists on Wednesday that the possibility of a meeting between the two presidents might be clarified next time he and Karasin have talks.

“When we say that this meeting may take place, we mean that nothing is excluded,” he said, adding that Georgia has reaffirmed vis-à-vis Russia its willingness to meet before, but also underlined that if such a meeting takes place it will need serious preparatory works. “This is the formula.”

He said Georgia will need answers to many questions. There are many problems in the relation between the two states and that is why serious preparations are necessary.

“I and Mr Karasin have been discussing different issues before, but if this issue comes up we will try to make it clearer how it can happen, when etc.”

Abashidze said he thinks the most important thing is that the dialogue must have a result about major problems.

“Meeting only to meet cannot be fruitful.”

Georgia broke off diplomatic relations after the 2008 war, and Russia has refused to have any dealings with former President Mikheil Saakashvili and his party. This obstacle disappeared when a new government came into power in Tbilisi in October 2012 and opened a new diplomatic channel, one-on-one talks between Karasin and Abashidze, held a few times a year.

The Karasin-Abashidze talks have led to improvements in Georgia’s foreign trade as Russia lifted an embargo on wine and mineral waters, boosting Georgian wine export.