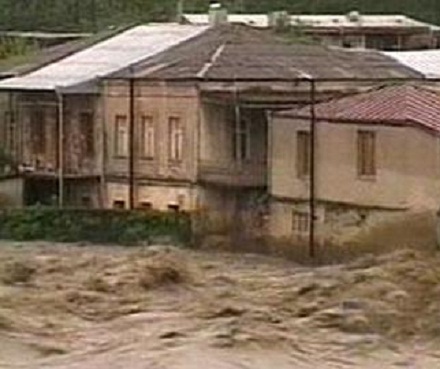 TBILISI, DFWatch – Georgia, which already has 250 000 internal war refugees, does not recognize eco-migrants. Thirty thousand families are left with faint promises from the government, and many choose to stay in life-threatening homes.

Last August, Khatia Nazghaidze (3) drowned while her family was on a waiting list for immediate resettlement due to a dangerous river which had already flooded the village once.

Efforts to help those affected are not working, due to mismanagement of compensation payments, and alternate housing which is so bad that families prefer to live in danger.

The situation took at turn to the worse last summer. Heavy persistent rain in eastern and western Georgia between June 12 and 22 led to landslides which ultimately killed seven people and affected more than 3,000 houses, according to the Red Cross.

Hundreds of families had to abandon their homes, which were left in a shambles, or because surrounding infrastructure like water, sewage and electricity was out of service, or their farmlands and roads destroyed.

The Georgian refugee ministry has registered 35 204 families as affected by natural disasters, some of which are refugees, but they are not recognized by the government as such.

Now an environmental group is calling for a clearer policy to address the plight of ecological refugees.

In a new report the Caucasus Environmental NGO Network (CENN) compares international legislation to Georgian legislation in regards to the term ‘eco migrant’. In international parlor, ‘internally displaced person’ applies to people who had to leave their permanent dwellings to escape from conflict, widespread violence, human rights abuse and natural or man-made disasters. Georgian legislation, on the other hand, specifically the law about internally displaced persons, doesn’t even mention natural disasters.

“The law doesn’t protect a group of people who were forced to leave their permanent dwellings due to natural or man-made disasters,” the report says.

The group CENN called for a long-term strategy for managing eco-migration as it presented the report ‘Eco Migration – Challenges and Opportunities in the Context of Environmental Protection, Human Rights and Migration’ at Ambassador Hotel in Tbilisi Wednesday. The meeting was attended by representatives of several other organizations, as well as government representatives.

It’s not the first year with major flooding in Georgia. The author of the report, Rezo Getiashvili, spoke about landslide victims in 2008 in the town of Kobuleti on the Black Sea coast. Seven people died as a result of flooded house. Three of them were children.

That house was in the first of four categories indicating the level of damage, meaning it was destroyed. According to the report, the family members were informed about the danger, but they chose to not leave because if they had moved, they wouldn’t have received compensation.

All in all Getiashvili estimates that there are 11 000 families in life-threatening danger, meaning that they are living in houses which may pose a danger to their lives.

On June 26, 2011 in the village of Mleta, Dusheti region, northern Georgia, three year old Khatia Nazghaidze died of drowning in the river. Her family was on a waiting list for immediate resettlement. A landslide blocked the river bed in 2010 and the water flooded the houses. The families appealed repeatedly to the government to allocate houses for them, but they are still living in that place, dangerously close to the river.

According to CENN, the there have been four hundred victims of natural disasters in recent years. 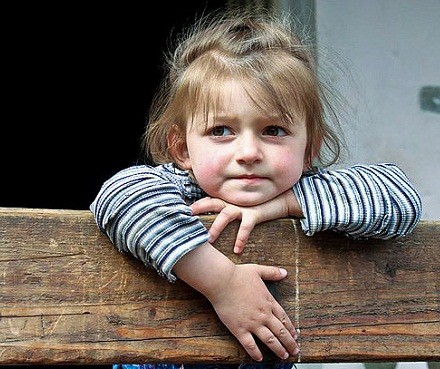 Khatia Nazghaidze (3) drowned while her family was on a waiting list for immediate resettlement due to a dangerous river which had already flooded the village once.

Rezo Getiashvili says the government between 2006 and 2010 managed to resettle nearly 100 families per year, but the pace of resettlement has decreased since then. According to the ombudsman, many eco-migrants are living below the poverty line.

Giorgi Mazmishvili, of the refugees ministry, said the government is thinking about all the people at risk and working on alternatives to get them into safety.

He also said that 17 families will be resettled in the Samegrelo-Zemo Svaneti region money from the Swiss Agency for Development.

“What should we do? Caucasus is a seismic zone and no one can predict what will happen, how it will happen. The government does possibly what it’s obliged to do,” Mazmishvili said.

According to CENN, authorities are often reluctant to pay compensation, because of suspicion that families spend the money on other things than reconstruction.

There are cases when two families in the same condition get a different amount of money.

Eco migrants is one of the poorest groups in the country. The latest annual report from the ombudsman says the government’s resettlement program is not working. A group which had been resettled from the Adjara region in the southwest to Akhmeta in the eastern part of Georgia, returned to Adjara because their new homes were in too poor a shape to live in.