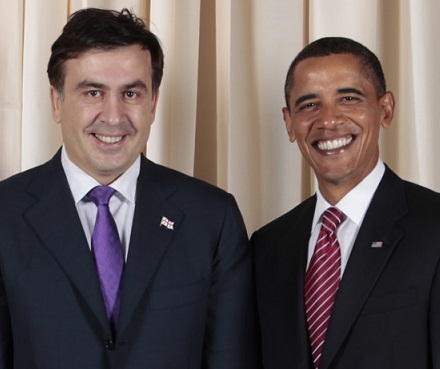 TBILISI, DFWatch – One of the topics of Georgian president Mikheil Saakashvili and U.S. president Barack Obama’s January 30 meeting will be ways of responding to international security challenges.

It’s the Georgian president’s administration which writes this in a press release Wednesday.

Saakashvili and Obama have met several times before, but this will be the first official face to face meeting and will take place in the Oval Office of the White House in Washington.

The White House website wrote that Obama will be discussing reforms in Georgia. U.S. ambassador to Georgia John Bass  also mentions that the reform process is on the agenda, as well as common security.

“The presidents will also discuss the security situation in Afghanistan. The subject for the discussion will also be the reforms which are being implemented in Georgia and are directed to the possibility for the Georgian citizens to choose the future for the country themselves, achieve more economic success and choose the leaders of their country,” Bass said.

The Georgian president highlights the importance of the strategic partnership charter which the two countries signed in 2009, and that it is a way of enhancing areas like defense and security, strengthening democratic reforms, cooperation in the spheres of economy, trade and energy, deepening ties between the peoples and cooperation in the field of culture.

2012 is the 20th anniversary of diplomatic relations between Georgia and the U.S.