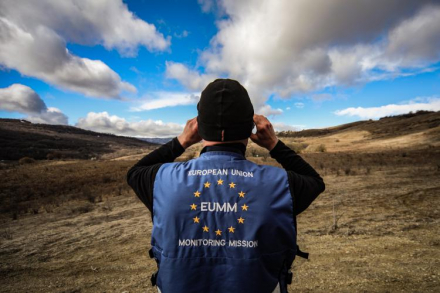 On the eve of 11th anniversary of Russo-Georgian War of 2008, the Delegation of the European Union to Georgia issues the statement saying that fundamental human rights of the conflict-affected population continue to be violated and Russia keeps on violating the ceasefire agreement by maintaining and even increasing its military presence in the region.

“Fundamental human rights of the conflict-affected population continue to be violated, including through restrictions on freedom of movement by so-called ’borderisation’, temporary closures of crossing points and illegal detentions and through the violation of the right to safe and dignified return of internally displaced persons and refugees,” the statement reads.