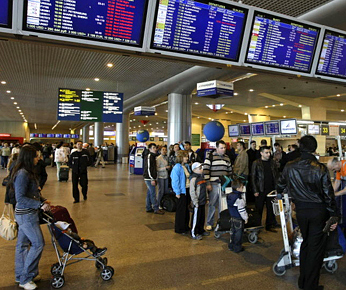 TBILISI, DFWatch–The plan to extend visa-free entry into Schengen to more than 3 million citizens of the former Soviet republic of Georgia passed another hurdle today, as the EU’s parliament approved the plan with a clear majority.

At a plenary session the 751 member assembly session endorsed the plan with 553 votes in favor, 66 against and 28 abstentions.

If and when it enters into force, the visa waiver system will allow Georgian citizens visa-free entry to the Schengen area for up to 90 days within a 180 day period.

But the plan still requires approval from the EU Council and will not come into effect until a suspension mechanism is also in place which allows individual countries to pull the plug if certain conditions should arise. Conditions that merit halting the program include threats to public safety and if there is a sudden surge in asylum applications.

EU countries agreed last summer to extend visa-free travel to Georgians, but the plan ran into difficulties as Europe became affected by the migrant crisis. In December the plan came back on track when agreement was reached about the new suspension mechanism.

If the plan comes into force, Georgians will be able to enter the EU visa-free for 90 days in any 180-day period, provided they hold a biometric passport.

The visa waivers apply to the Schengen area, which includes 22 EU member states (all except Ireland, the United Kingdom, Croatia, Cyprus, Romania and Bulgaria), plus Iceland, Liechtenstein, Norway and Switzerland.

The EU has used visa-free entry to Europe as a carrot to encourage reforms in the former Soviet country which is lodged against Russia’s southern borders in the Caucasus. Russia has eyed the measure with suspicion as an attempt to wrest the country out of its orbit.