Eight detained in Georgia for match-fixing

Eight detained in Georgia for match-fixing 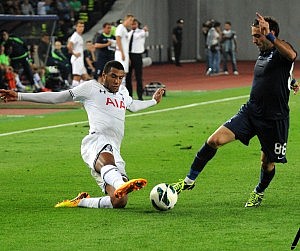 TBILISI, DFWatch–Police in Georgia detained eight persons on Tuesday for match-fixing. Some of the detainees are football (soccer) players.

According to the Ministry of Internal Affairs, the detainees include the president of the football club Stu Tbilisi, one former football player, a representative of the betting firm IbtsBet, players of Football Club Kharagauli Ckherimela and two others.

Investigators determined that the detainees agreed with several teams in the national football championship to rig matches. The advance deals were paid for by amounts varying from 10,000 to 20,000 laris (about USD 5,000 to USD 10,000).

After fixing the matches, there were placed bets at online betting websites and the money that was won was shared among the accomplices.

The case is being investigated as a crime that may be punished by from four to six years in prison.

Georgia’s Football Federation responded that it is cooperating with the ministry to find those who are involved in match-fixing.

“We hope that football players involved in national championship, trainers, judges and other people employed at clubs will acknowledge the extent of damage that has been done to Georgian football and quit participating in such deals,” the statement reads.