Azot chemical plant in Rustavi shuts down for a month

Azot chemical plant in Rustavi shuts down for a month 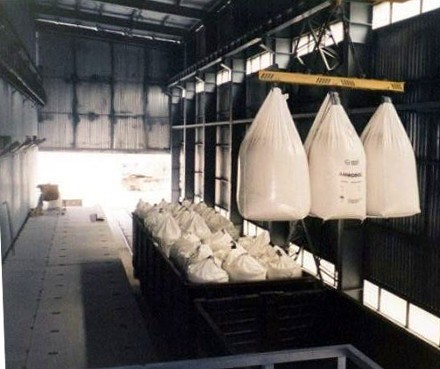 TBILISI, DFWatch–The Azot chemical plant in Rustavi with more than 2,000 employees has shut down for a month due to economic factors.

The plant, which lies in Rustavi, a town 20km south of the capital, expected Azerbaijan’s state oil company Socar to reduce the gas price, but when this didn’t happen, the plant warned that it will have to lay off workers and close down.

About a week ago representatives of the company explained that competitors are pressuring the company with their low prices. Azot’s competitors are located in gas-producing Kazakhstan and Russia, offering them much cheaper prices for gas. This means the price of Azot’s final products are more expensive.

Director of the company Levan Burdiladze told Interpressnews that they have been negotiating with Socar for six months and reached an agreement about reducing the gas price, but this didn’t happen.

The company’s website says the enterprise is a basic supplier of nitric fertilizers in the republics in South Caucasus and Georgia’s home market. Other clients are countries in the Black Sea region and the Mediterranean.

A number of industrial businesses have experienced difficulties in Georgia the last few months. In January, Georgian Manganese, a company that extracts manganese ore from the mines in Chiatura and supply the ferro-allyo factory in Zestaponi, halted the extraction process for four months, claiming that market demand is lower than in previous years and the company has enough reserves to supply Zestaponi for four months.

Recently, coal miners went on strike in Tkibuli demanding higher salaries, which led to a closure for more than two weeks.

Another strike has been going on for about a month at a glass plant in Ksani, a town north of Tbilisi. It began on February 5, and the 200 workers who are part of the protest demand higher salaries, collective contracts and office space for the local trade union.