Angela Merkel to visit Georgia ‘in the near future’

Angela Merkel to visit Georgia ‘in the near future’ 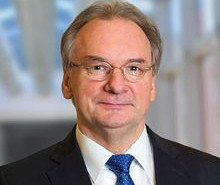 The news agency is quoting Reiner Haseloff, the minister president of the German federal state of Saxony-Anhalt, as he met Georgian media in connection with a visit to Germany by a delegation from the Georgian parliament headed by Speaker Davit Usupashvili.

“In a few days, we are waiting for Georgia’s prime minister to visit Germany. In the near future, chancellor Angela Merkel is planning to visit your country. I wish I could be a member of that delegation, because I want to learn more about your country from different sides. It is good that our partnership is becoming more intense and tight. This is a great achievement for both countries,” Haseloff, a close associate of the chancellor, said.

Haseloff said Georgia and Germany will be cooperating more closely in the field of education and science and announced that a memorandum of understanding will be signed about expanding exchange programs.

Georgian PM Irakli Garibashvili invited Merkel in June 2014. She accepted the invitation, and the government began preparing for her visit, which was confirmed by Garibashvili and Foreign Minister of Germany Walter Steinmeir in December.

But in February, 2015, Georgia’s ambassador to Germany Lado Chanturia said Merkel’s visit was postponed and would not take place that spring because Germany was hosting the G7 meeting.