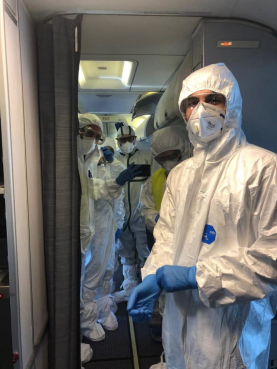 Georgia designates additional emergency flights to evacuate its nationals from abroad due to covid19 pandemic. However, the demand is so high the carrier’s sales portal was virtually flooded and broken in few minutes after sales started for the first flight.

Up to 5,000 Georgians have been evacuated since Covid19 outbreak from different countries, the government states. However, thousands more Georgians are still stranded in Europe and elsewhere.

When Georgian Airways started selling tickets Sunday to Athens-Tbilisi flights, simultaneously 1,259 customers tried to buy causing technical problems to the carrier’s website, the GA stated on its Facebook page. 4,953  customers were logged in the sales portal at the time, the carrier said.

Meanwhile, the coordination council set up by the government to fight coronavirus has added three new cities – Paris, Tel-Aviv and Rome – to existing ones.

The flights will be rendered by the Georgian Airways. The price for tickets is fixed to EUR 199. The tickets’ sales start two days prior of each flight.

All persons returning from these cities will spend 14 days in mandatory quarantine.