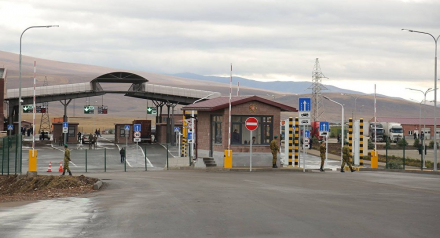 TBILISI, DFWatch–Georgia’s two breakaway republics of Abkhazia and South Ossetia on Friday declared a quarantine in order to prevent the spread of the influenza virus H1N1 from Georgia proper.

The quarantine will last for two months and not 20 days, as previously reported.

In practice, a quarantine means an almost total ban on entering and leaving the breakaway republics, with a few exceptions. Abkhazia will allow the staff of the Enguri hydropower plant to pass, and also a few individuals who hold special permits.

Tskhinvali will also make an exception for persons with special permits.

In addition to the quarantine, which will expire on March 11, the South Ossetian breakaway authorities plan to enforce new, stricter rules for crossing the conflict line. On December 26, Tskhinvali adopted a new regulation that requires a person to obtain a special permit eachtime they  leave the ‘republic’s’ territory.

Residents of Akhalgori, which is inhabited predominantly by ethnic Georgians, suspect that the new rules have been devised in order to make their conditions unbearable and thus urge them to leave the territory of the ‘republic’.

Meanwhile two more fatalities caused by flu were reported in Georgia Friday, thus raising the total number of deaths to 15 since the outbreak start of the flu season in mid November.