1600 workers in Zestaponi now on strike

1600 workers in Zestaponi now on strike 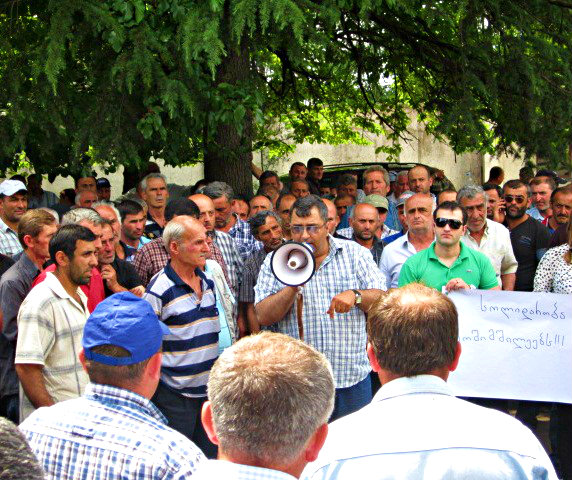 The workers at the Ferro plant in Zestaponi demand group contracts, a pay rise, and generally better conditions. (gtuc.ge.)

TBILISI, DFWatch–The week-old strike at Zestaponi’s ferro-alloy plant continues, as there is still no progress in the attempts to negotiate with management.

Meanwhile representatives of the Georgian Trade Unions claim that parliament is about to adopt amendments to the new labor code, which will no longer allow employers to deny employees group contracts, which is one of the major demands of the striking workers.

The workers at one of the country’s largest plants which produces almost 12 percent of the national export, are also demanding pay rise, better social conditions and compensation for overtime. Management is adamant that it does not want to engage in talks as long as the workers have ultimatums, but is ready to have talks with the workers after they have gone back to work.

The striking workers say they have a right to express their protest and won’t give up until their demands are met. However, they also claim that management has started announcing vacancies to temporarily or permanently replace the workers who are part of the protest.

On Monday Irakli Petriashvili, head of the Georgian trade unions, arrived in Zestaponi to meet with workers and ask them to go back to work, while a special strike committee would discuss their problems with management.

The Trade Unions still underline that management is violating the rights of workers when the company avoids going through agreed-on procedures during the strike.

Three workers at the plant are on hunger strike. One of them, Anton Bibilashvili, has a deteriorating health condition due to very low blood sugar level and was in danger of going into a coma, so he was moved to his home. The other two are on hunger strike for the fifth day.

About 1 600 workers are on strike now, according to the latest information from local media.

Tamaz Dolaberidze from the trade unions told journalists that during the strike two workers were fired reportedly for disciplinary violations, but the company hired former employees, who were fired for the same violations in the past.