Yazidi temple, third in the world, opened in Tbilisi

Yazidi temple, third in the world, opened in Tbilisi 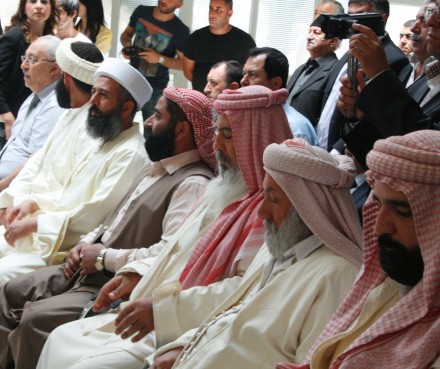 Guests in the opening of the temple (Teimuraz Shamoian )

Tbilisi, DFWatch – on Tuesday, Yazidis celebrated the opening of their first temple and a cultural center in Tbilisi.

More than 2000 guests attended the opening ceremony of the temple in uptown Varketili district,  built on the donation by the state.

Apart of this temple, named after Sultan Ezid, one of the Yazidi’s holy men of faith, two more temples exist in the world – one in the Kurdistan region of Iraq and one in Armenia.

The Yazidi population in Georgia is dwindling since the 1990s, mostly due to economic migration to Russia and the western countries. In 1989, there were over 30,000 Yazidis in Georgia. According to the 2002 census, over 18,000 Yazidis lived in Georgia, but today their number is much less, around 6,000 by some estimates, including the refugees from Shingal, or Shinjar, Iraq who came to Georgia running away from the ISIS. 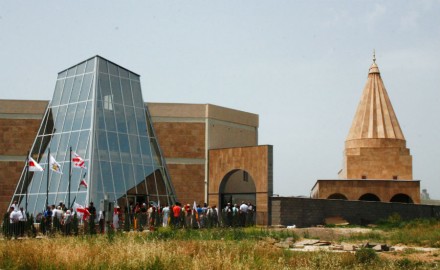 Yazidis are the subgroup of the Kurdish people. The majority of Kurds are Muslims, but Yazidis have their own religious beliefs, heavily influenced by Zoroastrism, the old Persian monotheist religion. They are monotheists too, and believe that the God created the world and entrusted it to the seven Angels. The main Angel is called Melek Taus, or the Peacock Angel. Another name for Melek Taus is Shaytan, the same word that Koran uses for Satan. Thus radical ISIS extremists call them ‘devil-worshipers’ and subject them to severe persecution and slavery.