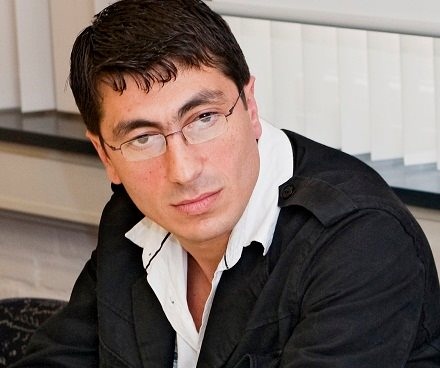 TBILISI, DFWatch–A draft law that will reform local government is causing controversy in Georgia, as some think it may encourage separatism and jeopardize the country’s integrity.

This issue is problematic because the Soviet government created three autonomous republics in Georgia and there are conflicts in two of them, while the third one used to be under threat of separatism for years. That’s why people are scared of strengthening local government. Even though the disputed passages were amended, the draft is still being criticized.

DF Watch spoke with Agit Mirzoev about this issue. He is director of the non-governmental organization Analytical Center for Interethnic Cooperation and Consultations – acicc.ge.

A.M: The main thing is that we must understand correctly which threats we are talking about, because there are different groups, who use false threats at different times and places and present them to people as real threats. If we talk about the citizens of our county who are representatives of minorities living in the regions, these regions are part of a border section with their historical homeland, this is another issue, but if we say that we are citizens of one country and if we work correctly and effectively and if we give them, let’s say, portioned freedom, this will be even better.

Often people use the word ‘autonomy’ with a discredited meaning. That’s why we don’t talk about autonomy, we speak about more freedom, which is, on the one hand, our obligation under international documents and treaties. I don’t see a threat, given of course that we work intensely with the regions. I personally think there are other problems, rather than adopting this law.

A.M: For example the issue of state language. Maybe it doesn’t have direct connection with this law, but if we manage to let the minority language be used along with the state language in these specific regions, at work, for communication, this will be very important.

I understand that this will require expenses, and it is also understandable that certain groups may perceive this as a threat, but I personally don’t see any threat, because, in fact, these minorities, who are represented in different local bodies, already use their own language for communication and we will just make it legal by law. Due to the fact that these people do not know the state language, they are violating the law every day and I am talking about the possibility of putting the forms of communication in order for them.

D.F: Don’t you think this will entail threats?

A.M: When we are talking about additional rights for minorities, of course this is a very sensitive topic, because Georgia has bitterly experienced such steps. The issue of the jurisdiction of two territories is not yet solved and the conflict is frozen. Of course this issue will cause different reactions, but we must work in this direction, and if we lock up and don’t take steps forwards, don’t do any reforms as modern standards and challenges suggest us to do, then we can’t talk about Euro-integration and human rights.

D.F: Is it a local government problem generally, or a problem of certain minorities?

A.M: Any problem in our country must be perceived as a problem for society. When we start perceiving any groups equally, like internally displaced people (IDPs) or others, we must see them as equal and treat their pain and problems equally in order to see what these problems are and find a way out. But when we say that this is a problem a certain group has and it doesn’t concern us and we only observe it from the center, then we already create the precondition for the problem to not be correctly perceived and therefore it cannot be solved.

When it comes to the problem of local government, of course it is a problem for the local population, ethnic minorities, as well as a statehood and institutional problem. It is the obligation of the state to reduce risks to the minimum, because it is necessary for the country’s security, and we must talk about this, but at the same time minorities have problems too.

D.F: Do you think they don’t have enough rights?

A.M: No. I’m talking about the problem of their participation. I think that at some point European recommendations proposed by our European colleagues is oriented at supporting their participation at least on the local level, but there are weak and strong points too. I support every citizen who wants to engage in politics and want to create precondition for carreer development having the opportunity to learn the state language. But this is a problem.

There are many people living in the regions who do not know the state language, and this is a major problem. They do not understand their state and this is the threat. It has happened due to the fact that the government didn’t manage to conduct a correct policy in regard to education. In the recent period, there have been certain attempts, but this is not enough. It will take generations. So we must create a temporary, at least transitional view and policy in order to let minorities not get a feeling that they are excluded. They must feel as citizens of this country and not like guests.

D.F: Do these people have a motivation to study the state language?

A.M: On the one hand, it is clear that the government hasn’t created the conditions for them to study the state language, but I also see faults of local communities in this. Community organizations which speak in the name of different communities, I think, commit a kind of crime, because do not fulfill their own functions. Often they do not get feedback from the communities, so how can they speak about the needs of these communities? That’s why there are complex problems here, and they go beyond this one draft law.