Georgian president will not use official residences

Georgian president will not use official residences 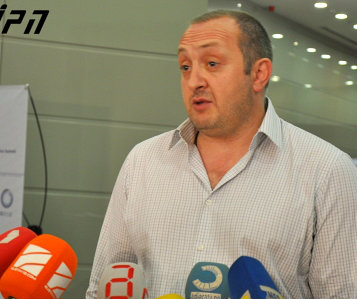 TBILISI, DFWatch–The Georgian president Giorgi Margvelashvili says he has decided not to use any of the presidential residences. He claims that none of the government officials have purchased luxurious cars or other objects by state money.

In an interview with Imedi, the president answered questions about the criticism against the expensive purchases, and said no-one has purchased luxury items.

“They bought computer, cell phone, some bag and they also changed car of the same mark,” he said. “I think the reactions to it were exaggerated. Even though all reactions are acceptable to me, I think this was a first reaction to the fact that society suddenly received much information.”

Margvelashvili said he thinks there are no standards that regulate such purchases, but it is important when people express their opinion, even if it is to criticize. It may be undesired and the government may make excuses.

“It may be a dissonance too. For example, I rejected luxury items, and not ones worth ten or twenty thousand, but tens of millions, and I said that it must be given to the people,” he said.

Speaker of Parliament Davit Usupashvili said Monday that parliament plans to seriously check how budget money was spent in December. He said people’s question are legitimate and the government must answer them.

Usupashvili said, in a situation where there are problems in with the budget and economic growth is slower than planned, it is not acceptable when someone spends money just because it’s available.