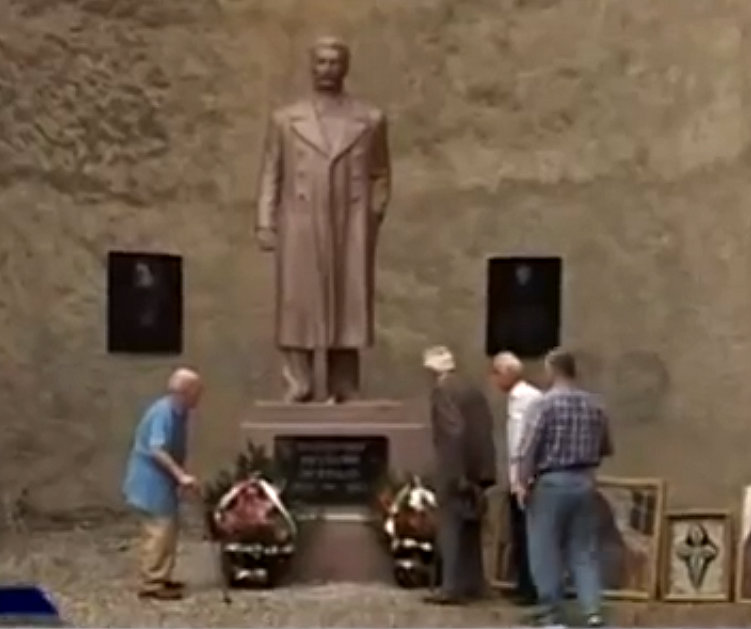 The new Stalin monument in Telavi before it was paint bombed. (TV1.ge.)

TBILISI, DFWatch–A Stalin monument in Telavi, Georgia, has been dismantled.

The same day as it was installed in September, 2013, the statue was paint bombed by unknown persons, who also painted other Stalin monuments in other Georgian villages, erected after the change of government.

In the beginning of December, Telavi municipality announced a tender for dismantling the monument, and Civil Development Fund won the competition.

The dismantling took place in the morning of December 31, while Shota Lazarashvili, head of the organization Stalineli, which installed the monument, demonstrated against the removal of the statue. Police was also present during the procedure.