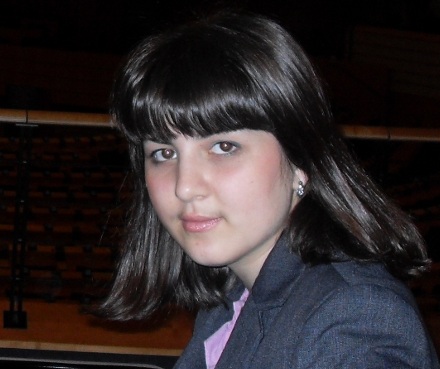 Tamar Iakobidze, analyst at Institute for Development of Freedom of Information.

TBILISI, DFWatch — A group claims a bonus system for public employees has not changed after the parliamentary election, but that there is slightly more transparency.

Tamar Iakobidze, analyst at Institute for Development of Freedom of Information (IDFI), said that the bonus system has not changed after parliamentary elections.

“This means that the bonuses officials get is two or three times more that their salaries,” Iakobidze told DFWatch.

“2012 was the first year when we received the information we asked from the Ministry of Finance. Every year from 2009, the ministry has refused to give information about the salaries and bonuses of officials. Though the information is public, we could not receive details in previous years,” said Iakobidze.

“This is the first time the Ministry has given us information about the salaries and bonuses of officials separately. In previous years, they used to give the data very late and all the figures were summarized. I can’t say that the system has changed completely and became transparent but the fact that the Ministry is ready to cooperate with us is very positive,” said Iakobidze.

IDFI s a non-partisan, non-governmental, non-commercial legal entity committed to enhance access to public information. The aim of the Institute is to improve openness and transparency by developing state web resources, assisting the development of civil society and establishing democratic values by informing society about freedom of information and human rights in Georgia.