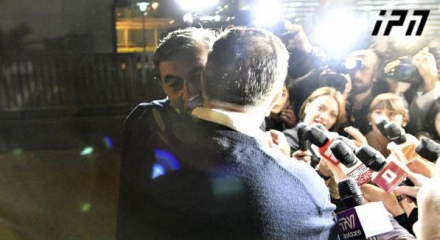 “The only easy promise that Ivanishvili made was to imprison many more opposition figures for many years and didn’t keep even that promise, you see,” Irakli Okruashvili who now presidents over minor newly established political party, Victorious Georgia, said upon his release.

“Special thanks to the US Ambassador, Mrs. Kelly Degnan, as well as to the EU Ambassador Carl Hartzel.”

Remarks of Gigi Ugulava’s, the leader of European Georgia, were even more venomous. “I would like to thank Mr. Bidzina Ivanishvili for isolating me during this pandemic and taking care of me,” he said.

Both have asserted that opposition ultimatum meant release of three “political prisoners” and until the third one, Giorgi Rurua, isn’t free, the threat of thwarting political agreement over electoral reform remains in force.

The release was preceded by a wave of critical statements by European and US politicians, including Jim Risch, Chair of the US Senate Committee on Foreign Relations. The pressure on the GD-led government was so intense that many in Georgia started expecting imminent EU and US sanctions.