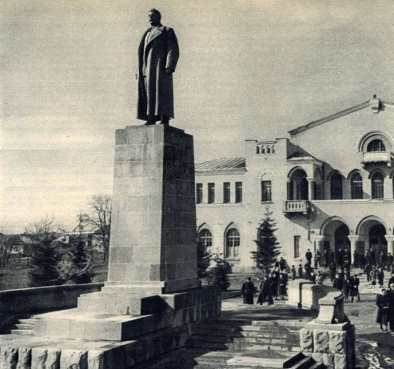 The city, which was a capital of South Ossetia Autonomous Oblast, between 1934-1961 bore the name of Soviet leader Josef Stalin- Staliniri or Stalinir in Ossetian.

It was a common thing in the USSR when major cities and towns bore names of prominent communist leaders, mostly Vladimir Lenin and Josef Stalin. Although placenames after the former are still scattered across former Soviet territory, the latter’s name was almost totally eliminated in the years following 20th convention of USSR Communist Party in 1956 where the rule of Stalin was denounced by his successors.

However, it seems, South Ossetia’s de facto authorities are seriously determined to restore at least some of Soviet symbols.

According to the document, the name “Stalinir” will be used along with the city’s current name “Tskhinval” during “republican and city events dedicated to Victory Day (May 9) and the beginning of Great Patriotic War (June 22)”.