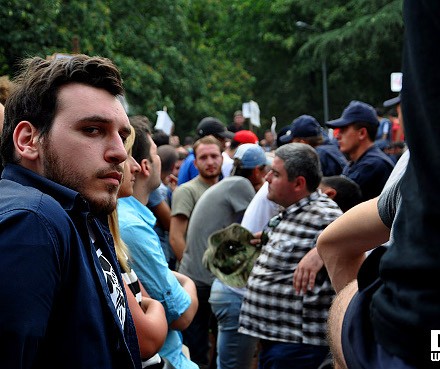 TBILISI, DFWatch–Ticket sales for the August 11 UEFA Super Cup match between Sevilla and Barcelona ended at 5:15am Sunday, leaving thousands of fans disappointed.

22,089 tickets were sold at booths. When ticket sales opened at 9am on Sunday, thousands of fans had been waiting in Vake Park since the previous day, having spent the night there.

Fans created their own queue system – a notebook with a list of names – and were organized into groups of 50, each with their own leader. There were 120 such groups, but 40 of them didn’t get any tickets, as well as most of those who were not on the lists and not part of any group. 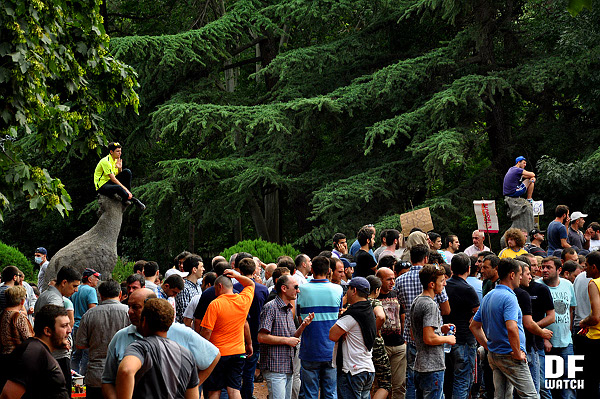 Georgian Football Federation (GFF) promised that the tickets would be sold in a so-called ‘live crowd’, but not the self-organized groups and lists, which fans did a day before.

Hundreds of police protected the area from Vake Park to Mikheil Meskhi stadium. From morning on Sunday, a chain of yellow buses filled with police formed a cordon from the entrance of the park to the stadium, letting in groups of 50 at a time to buy tickets. 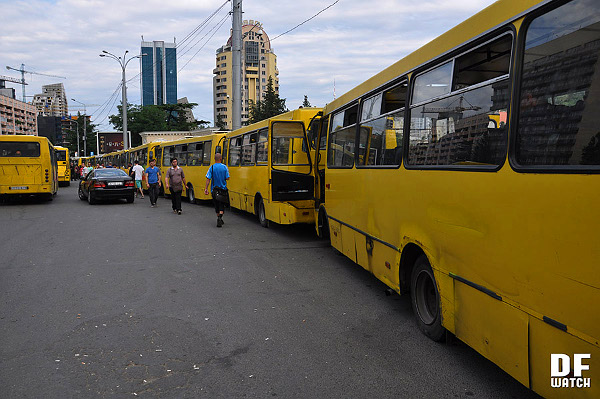 Some were hoping for the loyalty of the police, trying to squeeze among the buses to get inside the cordon, asking if they would be allowed to buy a ticket.

The two days were filled with quarrelling and protests against everyone who prevented fans from buying tickets, including each other. Many blamed GFF for improperly selling tickets. Some even blamed the federation for appropriating several thousands of tickets.

The process lasted about 20 hours.