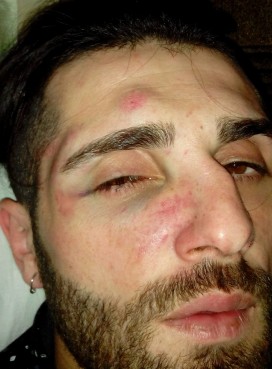 The Facebook user, Jemal Beridze wrote on 23 April that he was assaulted by three unknown attackers for wearing an earring.

‘Today, on 23 April, at 3 p.m., at the bus stop, three persons attacked me for wearing an earring and began to hit me. Some people separated us and called the police. They took me for a questioning and showed me countless pictures, but not a single one showed the persons who attacked me’, Mr Beridze wrote on his profile page.

‘Then we drove around in a police car and I noticed the attackers hanging out in a park. They were taken to the Gldani–Nadzaladevi police station. On Monday I’ll undergo an expertise. [The police] promised me they would be severely prosecuted’, Mr Beridze wrote.

A similar case happened on the evening of 26 April, when three men were attacked by a group of attackers, also apparently because one of the victims was wearing an earring.

The lawyer who’s handling the case, Nino Bolkvadze suggested that the incident bore the hallmarks of a hate crime.

‘The first reason why the dispute started was “Why are you wearing an earring, aren’t you Georgian? You look gay”. [The three men] didn’t answer in order not to aggravate the situation, yet [the attackers] wouldn’t let them go. One of them hit the victim hard in the face with an open hand’, Ms Bolkvadze said.

Ms Bolkvadze told Liberali that the incident qualifies for a hate crime and should be prosecuted as such. 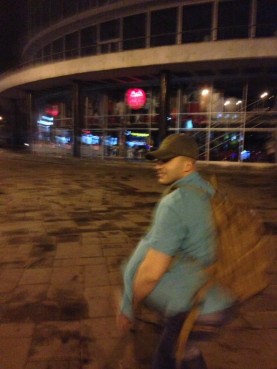 On 28 April, the director of NGO LGBT Georgia, Levan Berianidze published an information on his Facebook page that he was assaulted by an unknown passer-by who overheard the word ‘heterosexual’.

‘My friend used the word “heterosexual” when one passer-by began to curse me’, Ms Berianidze told Netgazeti.

‘His a priori motive was instigated by the word “heterosexual”, which he didn’t understand and connected to “homosexual” and engaged in verbal abuse’, Mr Berianidze explained.

According to the Criminal Code of Georgia, battery is punished by a fine or community service from 120 to 180 hours or with corrective labour for up to 15 months. Crime on the grounds of sexual orientation or gender identity is considered an aggravating circumstance.