Tbilisoba – a celebration of the Georgian capital

Tbilisoba – a celebration of the Georgian capital 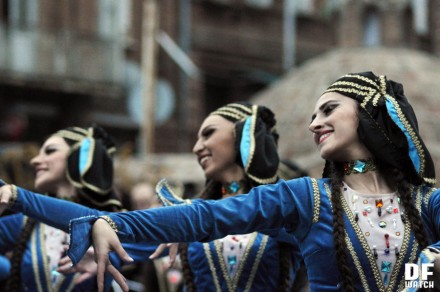 TBILISI, DFWatch–The street fair Tbilisoba was this year mostly concentrated in Rike Park and the old part of the capital.

Tbilisoba has been celebrated in the second half of October every year since 1979. It usually includes squeezing grapes in massive container in the street, naming Tbilisians of the year, art exhibition, local handicraft, food markets, fruit festivals, games, music and folk dance.

This year, it was quite cold and rainy during Tbilisoba and there was no public grape squeezing. The main topic was environment and children with their parents could participate in various entertainment like planting trees, drawing nature images, coloring. 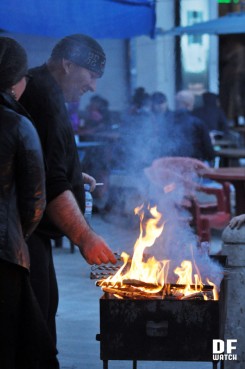 Traditionally, the entrance of Shardeni Street, a prestigious area in the old part of the capital, was filled with fruits and flowers, while horses and carriages offered people rides in the area around Metekhi Bridge, Abanotuboani and the Embankment.

The organizers of this year’s Tbilisoba were criticized for a number of things, for example installing public toilets right on Metekhi Bridge in front of Metekhi Church next to one of the stages. They were also criticized for sculptures made of buckets and pans in the middle of Rike Park.

Despite rainy days, the smell of Mtsvadi, barbecued meat, would follow in every corner. Ropeway was free taking visitors to Narikala castle through beautiful sights of the capital.

Military Orchestra of Georgia’s National Armed Force’s National Guard, with Military band of the US air forces in Europe and Harmonic Orchestra of Turkey’s Armed forces congratulated people with Tbilisoba by concert on Europe Square.

They opened concert by performing national anthem of Georgia, followed by marches.

Mayor Davit Narmania on Friday announced Tbilisians of the year, who were honored for their merits to take care of the capital. Eleven people were awarded, including writers, singers, doctors, architects, pianists and others. They were given a special certificate and a symbolic key of the capital. 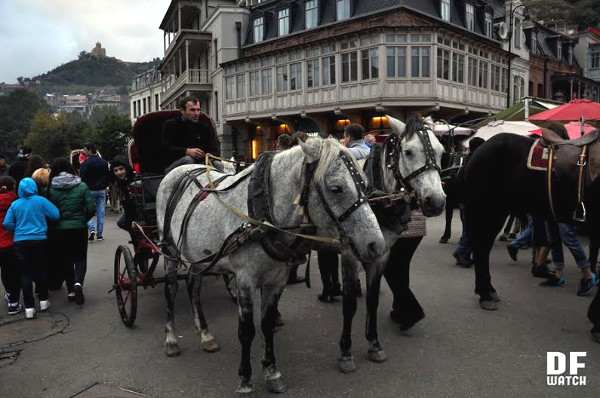