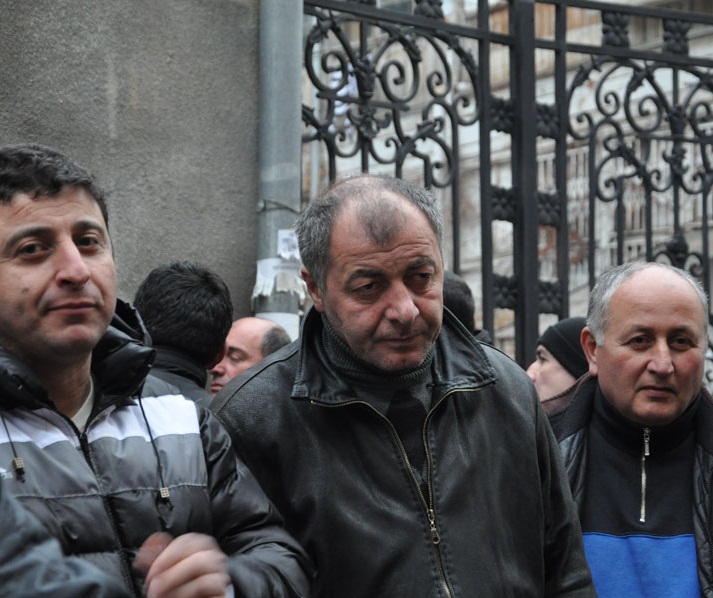 A third of minibus drivers in Tbilisi are on strike. (DF Watch photo.)

TBILISI, DFWatch — The strike among minibus drivers in Tbilisi continued Saturday. More drivers joined the strike which started Friday, creating more problems for the population in the capital.

Their demands are same as before: to reduce the price of travel to increase the amount of customers. Another demand is to announce a new tender for the minibus system in Tbilisi, as well as to give drivers the freedom to repair their cars at their own leisure and improve work conditions.

Drivers do not plan to return to work until their demands are met. Their protest is on-going at the garage in Gldani, a suburb of Tbilisi.

“We have enormous monthly installments, which are almost impossible to pay. We have nothing to bring home. We pay taxes and pay expenses for car maintenance with what we earn,” one of the drivers said.

Drivers created a ten person initiative group which will try to meet with the representatives of Tbilisi City Hall and the company which owns the minibuses, to negotiate. But until then, the strike will continue.

Tbilisi City Hall Saturday increased the number of buses and metro wagons, in order to ease the problems created by the lack of minibuses in Tbilisi.

Representatives of Tbilisi City Hall claim that the problems drivers are describing are part of a dispute between them and the company which owns the minibuses, and that they should solve their problems between each other without harming Tbilisians.