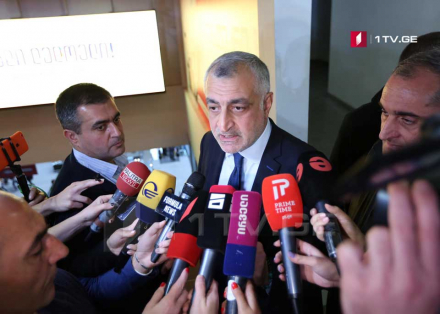 The Prosecutor’s Office accuses Mamuka Khazaradze and Badri Japaridze of money laundering. The two pleaded not guilty and accused the government and Bidzina Ivanishvili personally of engaging in political persecution.

The charges against Khazaradze and Japaridze date back to 2008, when according to the Prosecutor’s Office, the two top managers of TBC Bank used a sophisticated scheme to pocket nearly USD 17 million.

If found guilty, the two may face up to 12 years in jail.

“This absurd show in Bidzina Ivanishvili’s court will end in complete failure,” Mamuka Khazaradze said to journalists at the court.

The two were charged in July. During their pre-trial hearing they were released against a GEL 700,000 bail each.

In September, Khazaradze effectively stepped into Georgian politics by establishing a movement, Lelo, which many believe will be transformed into a political party.

Georgians will go to the polls in fall of 2020 to elect a new parliament for the next four years.

Another defendant in the case is Avto Tsereteli, a Tbilisi-based businessman, who is the father of the opposition-leaning owner of TV Pirveli, Vato Tsereteli.

Earlier, the two defendants expressed concern that another purpose of this criminal case might be the government’s desire to silence TV Pirveli.