Strong rain and flooding in Batumi

Strong rain and flooding in Batumi 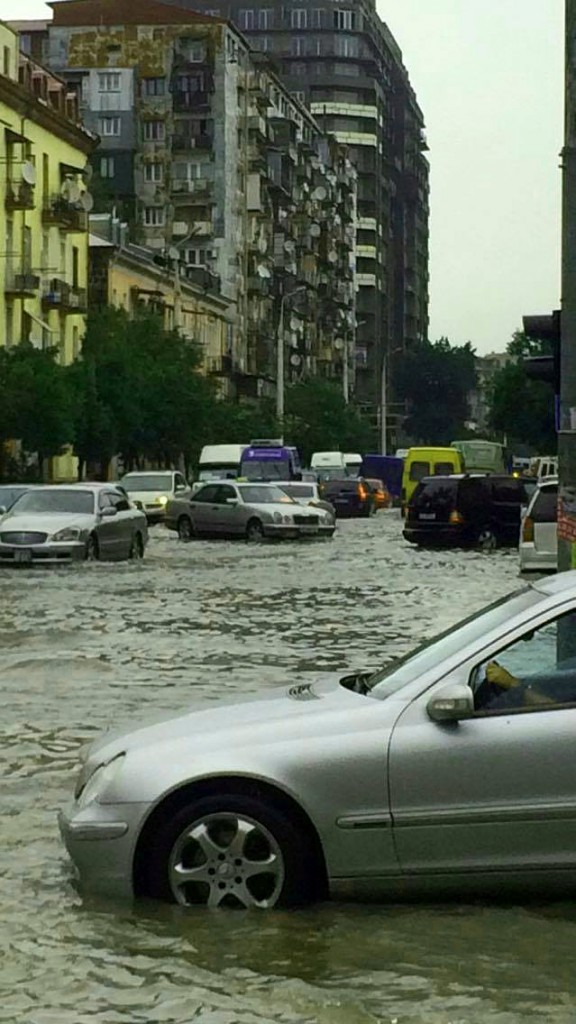 TBILISI, DFWatch–The Georgian Black Sea coast was hit by strong rain on Friday, flooding the streets and inundating ground floors and basements in Batumi, a city of 150,000 people.

Emergency workers were still pumping out the flood water
from houses Friday evening.

“All canals are unlocked for fast draining of the storm water into the sea.  Batumi Water Ltd received more than 45 calls to help pump out the water. There were no difficulties for the emergency crews in the city due to the flood,” Batumi City Hall said in a statement.

City Hall promised to assist a family that had equipment  house was damaged by a leaking roof started leaking most affected. The roof of the family’s house on 26. May Street started leaking, which destroyed equipment in the house.