South Ossetia to sign treaty with Russia on Feb 18

South Ossetia to sign treaty with Russia on Feb 18 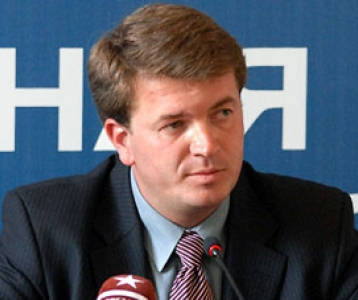 TBILISI, DFWatch–The Georgian breakaway region South Ossetia plans to sign a ‘treaty of alliance and integration’ with Russia on February 18.

This follows the signing of a similar treaty between the de facto government of the other breakaway region Abkhazia last year.

According to Res, South Ossetia’s official news agency, the separatists’ foreign minister Davit Sanakoyev plans to go to Moscow this week to hold meetings before the parties sign the new treaty.

Sanakoyev says he plans to meet Foreign Minister Sergey Lavrov to discuss various issues, including NATO’s interests in Georgia and the alliance’s plans to open a new training center in Georgia, which Sanakoyev says will ‘interrupt stability.’

He also said that South Ossetia has sent Russia the treaty for review.

“This is a response to the challenges and threats against Russia and South Ossetia, and involves increasing the [level of]integration between our countries and the creation of a unified military space and security”, de facto President Leonid Tibilov said a few days ago.

Russia signed a ‘treaty of alliance and integration’ with Abkhazia a few months ago, which Georgia considers a form of annexation.