Sandra Roelofs refuses to serve as member of Georgia’s parliament

Sandra Roelofs refuses to serve as member of Georgia’s parliament 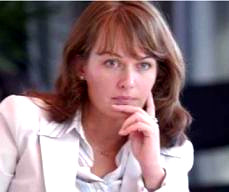 TBILISI, DFWatch–Georgia’s former first lady Sandra Roelofs has turned down her mandate to serve as a member of parliament despite being among the top ten names on the National Movement’s party list.

On Monday, Roelofs asked the Central Election Commission (CEC) about to cancel her mandate, but the CEC explained to journalists that it is not the commission’s purview to do this; it is up to parliament. After parliament has annulled Roelofs’s mandate, however, CEC will name the person to replace her.

“I completely understand her. Her decision contains no ambiguity. We respect her choice.”

National Movement won 27 seats in parliament. If anyone among the top 27 names on the party list decides to not serve as MP, the first candidate to fill the vacant seat will be number 28 on that list, Giorgi Ghviniashvili.

Roelofs said October 10, after the results of the first round of the election became known, that she did not want to compete in the second round, but there were no indications then that she would refuse to serve as member of parliament.