Saakashvili warns against Russian moves to take lands in west

Saakashvili warns against Russian moves to take lands in west 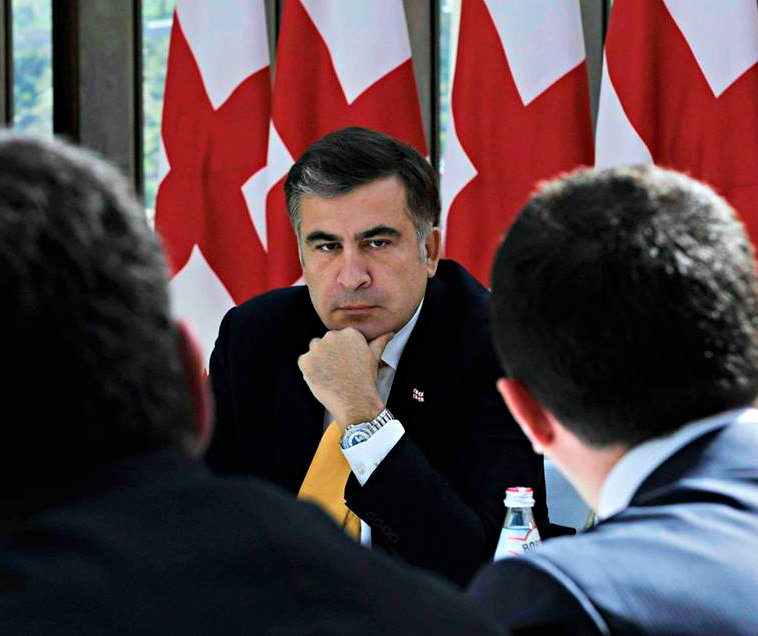 TBILISI, DFWatch–President Mikheil Saakashvili claims Russia is planning to put the Baku-Supsa pipeline, Ganmukhuri and other territories in the Samegerelo region behind barbed wire.

Saakashvili said Tuesday that he believes the moving of barbed wires and fences deeper into Georgian territory is a Russian plan, aimed at encircling hundreds and maybe thousands of acres.

Saakashvili also said that Russia already has appropriated more lands than the separatist regions claimed to be their territories during his government.

In recent weeks, Russian soldiers have begun moving the boundary line at places where it cuts through populated areas. They have installed rows of barbed wire bundles through people’s gardens and grazing lands, resulting in families losing their agricultural lands and houses.

The ‘borderization’ process has so far only been going on around South Ossetia, not Abkhazia, the other Georgian breakaway region which is also under Russian control.

Ganmukhuri beach resort is much closer and on the northern, or right, bank of the River Enguri, and only a stone’s throw from where Russian soldiers guard the current delineation line. Also other Samegrelo territories could end up behind Russian barbed wire and fences, the outgoing president claimed.

He didn’t specify what his source is, but said that there is no time for confrontation. Everyone must unite against ‘the creeping occupation,’ he implored.

“Georgia’s goal is to put an end to this really dangerous creeping annexation of our lands, which has left many people homeless once again,” he added.