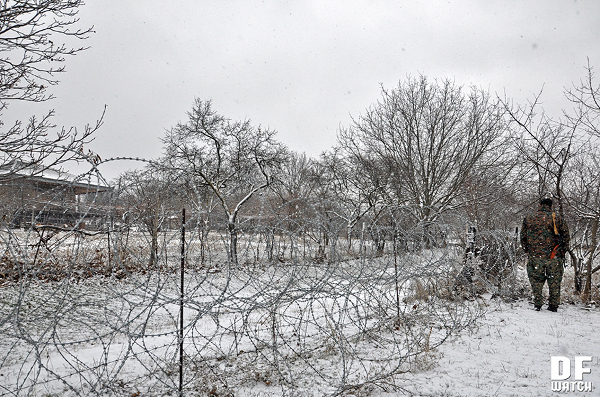 TBILISI, DFWatch–Russian border forces have begun installing reinforced barbed wire fence through the village Dzukaantkari (Dzukata) near Gori, as part of a gradual demarcation around the breakaway region South Ossetia.

The new and ‘more solid’ type of fences are replacing the old fences that were installed in 2009 and run right through the center of the village.

The new type of fences will likely sever all ties between locals who up until now have maintained close contact with relatives and friends who live on the other side of this conflict-divided village.

Residents say the installation of new fences is a deliberate policy by breakaway authorities in Tskhinvali aimed at minimizing communication across the conflict line.

Dzukaantkari is 24km east of the villages of Balta and Atotsi in the Kareli district, where Russian soldiers were observed days ago resuming of installation of barbed wire fences along the administrative borderline.

Earlier in November, Tskhinvali said that due to an increase in ‘violations of the state border’, they were planning to step up the construction of fences along the ‘border’. Since then, Russian forces have been working hard to install barbed wire fences, but this was primarily confined to Kareli municipality. Now the same process in underway in Gori municipality, about 24km east.