Russian-backed enclave plans referendum about naming itself after medieval tribe

Russian-backed enclave plans referendum about naming itself after medieval tribe 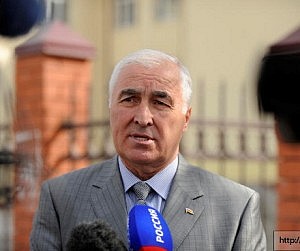 TBILISI, DFWatch–Russian-backed separatists who have ruled a region of Georgia since the early 1990s plan to name their self-declared republic after a nomadic tribe that conquered swaths of Europe and North Africa in the Middle Ages.

If the 50,000 population approves the name change in the referendum slated for April 9, the mini-state on the southern slopes of the Caucasus mountains will be called ‘South Ossetia – State of Alania’.

Alans were a nomadic tribe of Central Asian origin who conquered a wide swathe of plains in southern and western Europe as well as North Africa in late antiquity and the early Middle Ages. Although in Europe and North Africa their traces have been lost, the small group of Alans remained in the northern slopes of the Caucasus mountains and are the ancestors of modern day Ossetians.

In the 20th Century, Communist planners sought to categorize the many ethnic groups within its territory and pit them against each other in a divide and rule strategy that secured Moscow’s hegemony. After the breakup of the Soviet Union, the region of South Ossetia which was part of Georgia, clung on to the autonomous status awarded to them by the Soviets and declared independence, sparking a brief war in 1991.

A deteriorating security situation led to the 2008 South Ossetia war between Georgia and Russia, with an ensuing Russian invasion of a large part of Georgian territory, and Russian tanks halting only fifty kilometers from the capital Tbilisi. Russia since recognized South Ossetia as a country, a step followed by only Venezuela, Nicaragua and Nauru, the rest of the world insisting the region is still part of Georgia.

A constituent republic of the Russian Federation right north of the border bears almost the same name and is called North Ossetia – Alania. ‘Uniting the two Ossetias’ has been a popular idea in Tskhinvali, and a referendum was planned last year to join its namesake and become part of Russia, but the vote was called off.

Separatist politicians often suggested joining Russia fully, but this has so far been seen as unrealistic because of reluctance in Moscow, though Tbilisi considers the current status quo as already a semi-annexation, with Russian military and FSB border guards enforcing a unilateral ‘border’ around the separatists.

Short of actual annexation, a name change offers a symbolic move, an idea also floated in the end of 2015. Leonid Tibilov, the de facto president of South Ossetia, said the purpose is to find out whether locals support the idea of including Alania in the self-declared republic’s name.

The referendum is scheduled for April 9, the same day as South Ossetia is holding election for de facto president.

Tibilov emphasized that the self-declared republic should bear the name of those who created it and ‘followed by the revival of Alan statehood should be revived the ancient name of Alan too.’