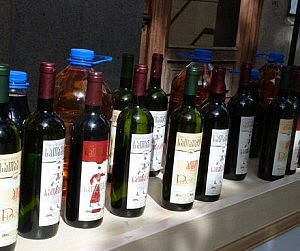 TBILISI, DFWatch–Georgian wine producers may be hit by another Russian embargo as the Kremlin draws up plans to retaliate against the extension of European sanctions.

The Russian consumer safety bureau Rospotrebnadzor apparently is preparing the ground for imposing a ban on Georgian wine and spirits, the Caucasian nation’s most important export.

Rospotrebnadzor, which is often seen as a political tool of the Kremlin, claimed in a statement on Tuesday that Georgian winemakers are systematically violating technological standards.

The agency’s complaints against Georgian wine appeared simultaneously with Russian authorities pondering countermeasures against countries which joined the EU sanctions imposed against Crimea.

The sanctions came into force on June 23 last year, banning imports into the EU and other countries, including Georgia, of products manufactured in Crimea.

Russia first imposed an embargo on Georgian wine and other products in 2006. The official reason was poor quality, but it happened shortly after Georgia detained four Russian diplomats on spying charges and was seen as a political decision.

Since then, the first step to reopen the Russian market for Georgian products was taken in late 2012, after the change of government. Informal negotiations between Georgia’s special envoy, Zurab Abashidze, and Deputy Russian Foreign Minister Gregory Karasin resulted in reopening the market for wine and other products from Georgia.

2014 was a peak year for Georgian wine exports to Russia, Georgian National Wine Agency reported yesterday, but this year there has been a drastic drop, which the agency explained as a result of the crisis in Ukraine and economic problems in Russia due to sanctions and a drop in the price of crude oil.