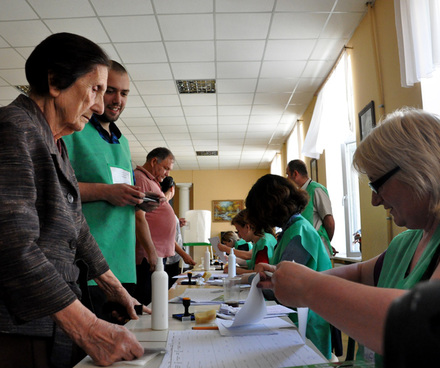 Other parties’ candidates and independents won in the rest of the precincts.

The Georgian Dream coalition won at precincts 25 and 57 in Marneuli, and at the fifth precinct of Tetritskaro, precinct 52 in Dusheti, precinct 34 in Kobuleti, the second precinct in Tkibuli, precinct 32 in Zugdidi and the first precinct of Akhalkalaki.

The National Movement won at Khoni’s precinct 22, and precinct 103 in Batumi.

At precincts 4, 6, and 47 in Dusheti, independent candidate Revaz Modzmanashvili won.

There will be a second round of elections in some places for mayors and municipality leaders, probably in mid July, including the one for Tbilisi mayor.