Protest against suspicious death during interrogation

Protest against suspicious death during interrogation 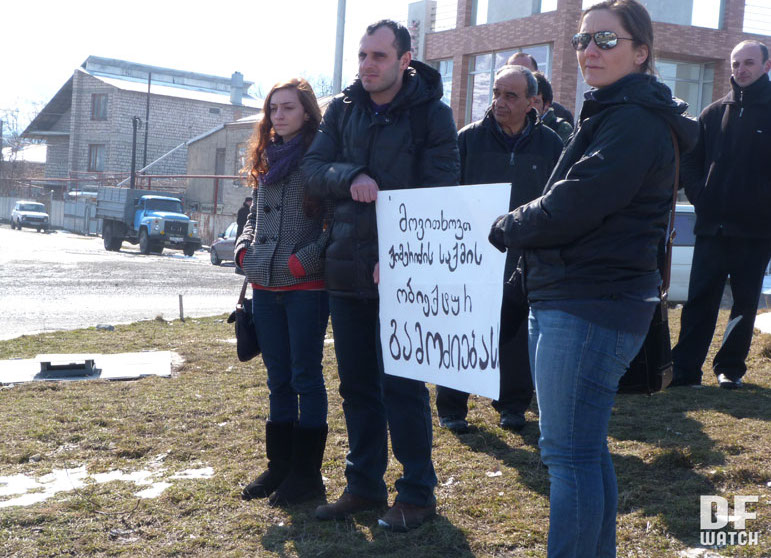 Protesters demand an unbiased investigation into a death of a detainee. The official cause of death is that the man fell down the stairs, but none of the police witnessed the fall. (Photo: Mari Nikuradze.)

TBILISI, DFWatch – Up to forty people gathered Thursday in front of the police building in Khashuri, a town in central Georgia, protesting the recent death of a man during interrogation.

About half of people there were activists from Tbilisi, while the rest were locals. Rights groups and opposition parties demand an impartial investigation of the case.

People held posters and gathered near a fountain across the street from the police station for about half an hour, then tried to engage in a discussion with a police officer, but the policeman kept repeating the same answer: That they should contact the interior ministry’s press office.

“We demand an impartial investigation of Kimeridze’s case,” one poster read.

On February 27 it became known that Soso Kimeridze had died at the police station following an accident. He was suspected of a robbery but was not formally charged. According to the Interior Ministry, he fell from the stairs during interrogation. 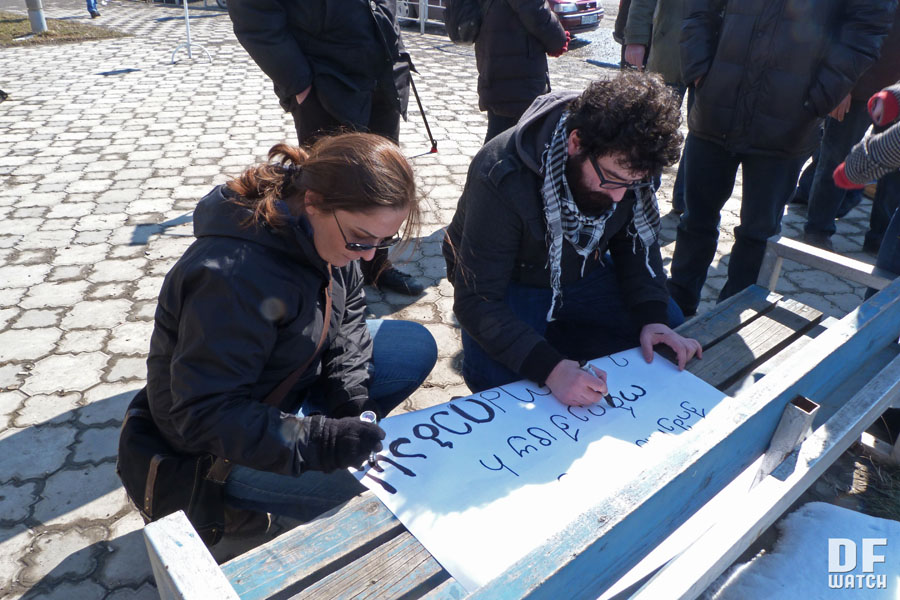 But there are several suspicious circumstances as to how Kimeridze died. Non-governmental organizations (NGOs) and politicians consider the official version not believable and ask for an independent autopsy. They believe that Kimeridze was tortured.

One Georgian news agency published photos of the dead body which show a number of serious injuries which could not have been suffered simply from falling down the stairs.

However, a spokesperson for the interior ministry explained to DF Watch that for such a heavy person it is easy to receive such injuries as a result of falling from the stairs.

“Only the fact that Kimeridze was at the police station for five hours, is already enough grounds for suspicion to assume that this person was a victim of torture,” the lawyer Tamar Gurchiani tells DF Watch.

It later emerged that Kimeridze was earlier released following a plea bargain agreement. The protesters say that only the fact that the person was earlier convicted shouldn’t be grounds for keeping him at the police station for five hours regarding a completely different case and without him having a formal status as charged. 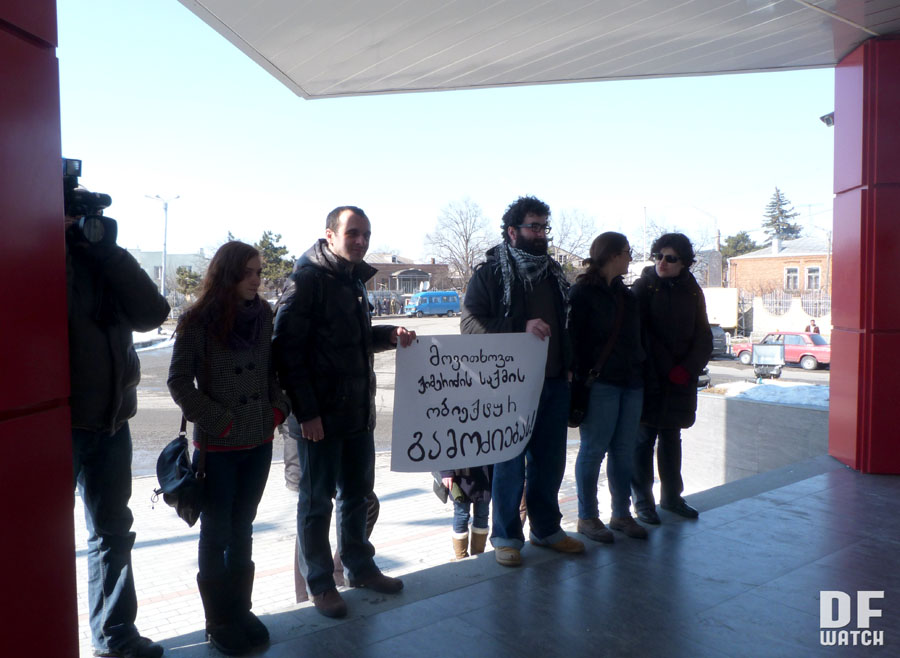 “The fact that a person is under supervision by the police makes beating and other improper treatment a non-trivial fact, that’s why this case is subject to public interest,” Gurchiani says, and asks how it happened that Kimeridze wasn’t even chained and none of the police officers had seen how he fell.

Shota Utiashvili, head of the Interior Ministry’s Analytical Department says that it is also impossible to publish the surveillance camera material for that day, because none of the cameras had been directed to that angle.

The Interior Minister Vano Merabishvili also states that this case had been the accident. But in case to avoid such accidents he decided to establish new rules to make all this procedures more transparent and keep all persons visiting police buildings safer.

Couple of days ago the head of the Khashuri Police station was fired due to not providing enough safety.

Earlier before this fact, Georgian billionaire businessman Bidzina Ivasnivhili stated that it was very strange that the police officers or head wasn’t fired at least for the ending of investigation.

As for the independent expertise, ministry tells that if it will be the request of Kimeridze’s family members, they will for sure conduct another expertise, however not on the grounds of the demands of independent politicians.

It also seems little confusing that the family members do not wish to cooperate with NGOs and independent lawyers. Media aren’t allowed to contact them. Some people guard their house not letting anyone in.

Shorena Shaverdashvili, editor of Liberali magazine thinks it is very important to appear at least one precedent that police officer is punished if he tortured someone during the interrogation and somehow even killed him.

“Until it won’t happen it means that this violence is somehow systemic and somehow this is a continuation of the governmental policy.” She said adding that this is the main goal of the protests to investigate the case properly and punish the guilty.