Parliamentarians object against criteria for selecting head of Supreme Court

Parliamentarians object against criteria for selecting head of Supreme Court 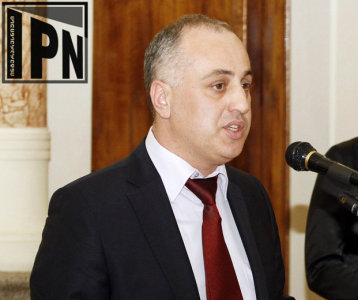 TBILISI, DFWatch–A large part of the governing coalition in parliament are against the criteria the president used when he recently selected candidates for new head of Supreme Court.

The initiative began with 16 MPs from the Georgian Dream coalition. They were later joined by two more on Thursday, reaching a total of 18 signatories.

In a statement, the lawmakers write that the criteria that any candidate must be free of political influences is discriminatory. They write that this is perceived to concern people who are working for the local or central government and such a criteria will impede the conditions during the selection of candidates.

The MPs write that the law doesn’t prohibit a member of a party or a person employed in local or central government bodies or others to change the profile of their activities.

“No one can be guaranteed that a person selected from so-called ‘non-political’ field cannot come under a certain political influence,” the statement reads. “Discriminatory segregation is unacceptable.”

President Giorgi Margvelashvili’s administration a few days ago published a list of 28 candidates who will compete for the post as new head of Supreme Court. At least two of them are acting MPs, while most are unknown to the public.

76 votes are necessary to approve a new head of the Supreme Court. Current head Konstantine (Kote) Kublashivli has held the post for ten years.