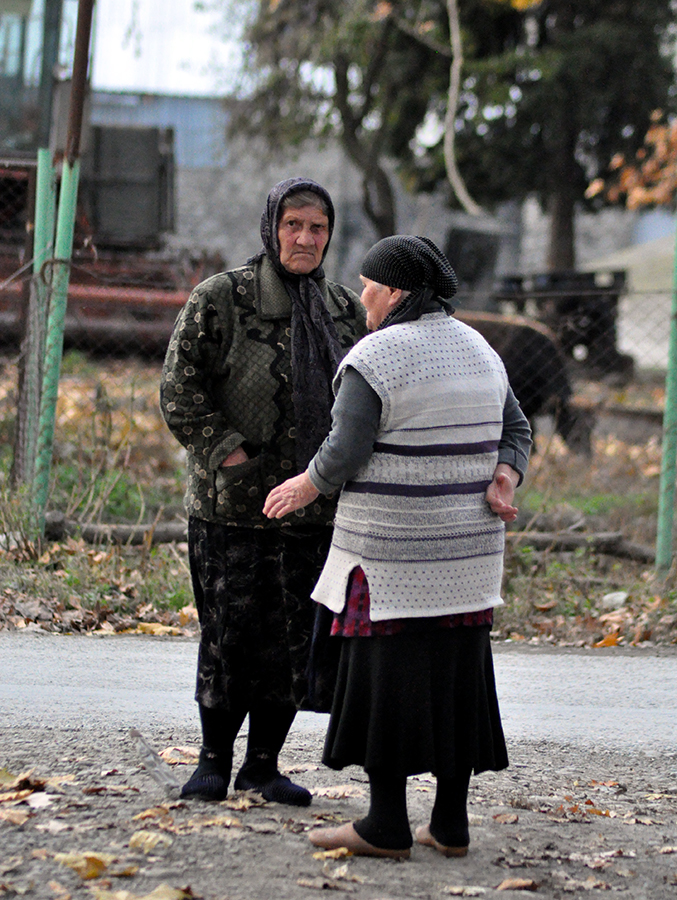 DUISI, DFWatch–The people in Pankisi Gorge have been under increasing scrutiny for the last few months, as fighters from this region have become high-ranking commanders in the forces of the Islamic State.

Pankisi is merely a 34 square kilometers cut into the Greater Caucasus Mountain Range in northeast Georgia.

Out of the population of just a few thousand, the majority are Kists, an ethnic group related to Chechens. Like Chechens, the majority of Kists are Sunni Muslims, but at the same time the variety of Islam practiced here has been highly influenced by Vainakh religion and rituals and indigenous beliefs of highland Georgians. However, things started changing after the second Chechen war, when a more radical form of Islam reached this valley from the north together with the flood of Chechen refugees. 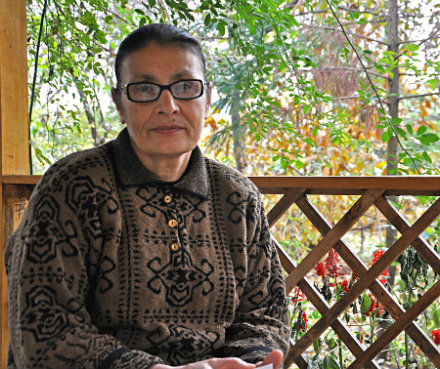 No jobs, no perspectives

The spread of radical Islam in Pankisi is directly connected to harsh economic and social conditions in the gorge.

According to Kakheti Regional Development Foundation (KRDF), more than half of the population in Pankisi are 15-25 years old. But only 1/10 of Pankisi residents are officially employed.

“There is a school, a hospital and a kindergarten,” the head of the council of elders Soltsa Kavtarashvili says, listing little there is of public sector jobs in Duisi, the biggest village in Pankisi. If you look around, you might notice a small shop or two, a restaurant, a museum, a community center as well. However, there are clearly not enough job opportunities around. “People are stuck. People are unemployed. Seniors are living from one month to the next, from one pension slip to the next. There is no industry here, no working factories… There is not even any wood left, as it was all cut down and taken away, ” Kavtarashvili continued.

Sport and other physical pastimes are also restricted for Pankisi youth, as there is no stadium and no sports center around.

When other mountainous parts of Georgia in a similar situation are turning to tourism as the main source of income, the Pankisi dwellers are less optimistic. “Tourists are rare nowadays. I don’t see them too often, as it used to be two-three years ago. Also, they come just for a couple of days, look around and leave. Those who have better living conditions of course can host them, but again, it is a very seasonal business, only a few months per year,” Georgian language and literature teacher Mzia Bekauri from Birkiani told DF Watch.

The elders pointed out that the government investments are needed in order to turn Pankisi into an attractive tourist destination, which then would create more jobs for the locals.

Teenagers dropping out of school

Such bleak prospects, according to the school teacher Bekauri, results in a high drop out rate, especially among girls. High school students are not motivated to graduate and pursue further education, as their parents have no means to pay for it, and even if they manage to study more, there are no opportunities for them to work in Pankisi. She said that in Birkiani, only two or three students graduate from high school every year, although in the beginning there are about 10 students in each class.

“For example, there are seven to ten students in every class. And three or four girls will drop out in the ninth or the tenth grade and get married,” Bekauri said, describing the way her students live. In her opinion, radical Islam causes a lot of damage to girls, as they stop thinking about becoming educated professionals, such as lawyers or doctors, and opt for a religious husband instead.

“There were two sisters in my school. The older one was an excellent student until eighth grade. Then she put on a hijab, and after that it seemed as if someone had closed a valve. She soon dropped out of school. Her younger sister followed her steps, and after some time her cousins as well,”  the teacher recalled.

However, the council of elders insisted that the situation described is not as bleak and girls are not leaving school en masse. Zaur Gumashvili, whose wife is a school principal in Pankisi, stressed that the situation has improved and very few girls are dropping out of school. The head of the council insisted that underage marriage is a rare occasion, and if it happens, girls still maintain their right to education even if they are married.

Bekauri complained that her students have more interest in learning to read the Quran in Arabic than in Georgian lessons in a public school. According to her, radical Islamists are reaching out to youth by offering material compensation for achievements in Quran studies:  “They give them 50 lari, 100 lari, some groceries, I don’t know exactly how much. And where does this money come from? But this is a motivation, and children choose to go study in a madrasa instead of a public school.”

“Girls go to school dressed all in black, their skirts so long that they sweep the street. When you see them walking, you don’t even think that they are students, they look as older women, as nuns. Even I am not motivated to go to the classroom and try to explain something to them which they have no interest in,” she continued.

Kameta Temirbulatova, a refugee from Chechnya and a mother of three girls, also expressed her concerns about the radicals. “I am worried all the time, where do my children go, who are they talking with. It is very important for me to raise them without any external influence, as it is very easy to be persuaded into something at their age,” Kameta said.

At the same time, she stressed that there is nothing bad with more conservative looks, as ‘it is not Chechnya here, but democracy, where people are allowed to look and dress as they want.’ However, in her opinion, fanaticism is not acceptable, especially when teenagers are leaving to fight and die in Syria.

The elders explained that the young generation is not prohibited from doing anything. “We try to keep our traditions, the traditions of Islam, the traditions of Vainakhs. These make us different from the rest of the world, and we want our young to preserve it,” said a council spokesman. He added that some Arabic influence is noticeable, but it doesn’t lead to a conflict with the younger generation.

Leaving to fight in Syria

Bekauri, who herself is a Christian, said that a lot of Pankisi residents are afraid to talk about Pankisi fighters in Syria. During our interview she pointed to a roof visible behind some trees in her backyard, and noted that that house belongs to the father of the infamous IS commander Abu Omar al-Shishani, whose Georgian name is Tarkhan Batirashvili. “There were three sons in the family, all were normal people, liked to learn. Their father is Christian, he used to take care of an old derelict church, but apparently this did not mean anything to his sons… Tarkhan was a very good kid, he would always ask me if I needed some help in the garden. No-one would have thought that he would become who he is now,” Bekauri said.

She added that in her knowledge, a lot of radical Muslims are leaving their homes and are going south. But she didn’t know if they all are headed to Syria, as the majority of them are saying that they are going to Turkey to work and stick to the same story when they return.

“Those who are there [in Syria] are still in touch with their families. I know it, because some of my co-workers from Duisi have sons there, and they talk among themselves about how they are doing, what is happening there, who is wounded,”  she continued.

The head of the Council of Elders stressed that Georgia is a crossroads for the interests of many countries. And in Pankisi, one might feel the interests and influence from Russia, Turkey and the Arabic world.

Radicalism attracts not only for material purposes

Ruslan Baramidze, a senior researcher at Batumi Shota Rustaveli University and an expert on Georgian Islam, explained to DF Watch that young people are joining radical religions not only for material purposes, but also as a means to self-realization. “They all start from saying that before joining this religion they were looking for their true selves, and now they have found it,” Baramidze explained. He added that another reason is a continuing influence from a member of a religious group, when they are being portrayed as ideals, so youngsters decide to be like them. “We should not forget that Wahhabism, or Salafism, is very romanticized. People’s appearance, the way they act, the way they talk – all of it is very attractive for those youngsters.”

As an example, Baramidze compared the spread of radical Islam with waves which appear when one drops a stone in water: it requires a certain personality to be able to convince and to attract more followers.

However, he said, there does not seem to be any tendencies of radicalization, at least not coming from Pankisi. In his opinion, people in Georgia are too quick to label everything Islamic that they don’t understand as Wahhabism, and increased media attention on Pankisi does not necessarily help fight the existing stereotypes.