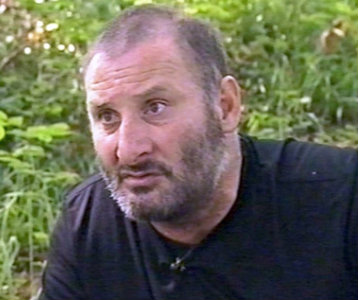 TBILISI, DFWatch–Georgia’s Supreme Court says it has become the target of harassment by certain politicians, particularly following the recent conviction of man for leading the 2006 Kodori mutiny.

Emzar Kvitsiani, who in 2006 declared disobedience toward the government and formed a paramilitary group in Kodory Valley, was on Monday sentenced to 12 years in jail.

The verdict prompted his supporters to organize a demonstration on Thursday. Eka Beselia, chair of the human rights committee in parliament representing the Georgian Dream coalition, said that there were signs of ‘political motives’ in the case and some facts needed to be revised. She expressed hope that the Appeals Court would ‘attentively review’ all the conditions and facts in the case and make a ‘fair and objective’ decision.

The Supreme Court on Thursday issued a statement calling for everyone, including politicians, to avoid making statements which harass the court.

“The court reminds Mrs Eka Beselia and everyone interested in this case that the court makes its decisions based on examination of the material, on the grounds of only the law and the inner belief of the judge,” the statement reads.

“Checking this decision is the authority of only the higher instance, and the Appeals Court doesn’t need anyone’s tips on how to study the appeal,” it continues. Georgia has a three-instance court system, where any court ruling may be appealed to first the Appeals Court, and then the Supreme Court.

The statement also says that if a parliamentarian says there was a political motive behind the case and calls for more attention from the court, this is ‘an attempt to harass the court.’

“Parliamentarian first of all should be an example in respecting the decision of the court.”

Nora Kvitsiani, sister of Emzar Kvitsiani together with supporters of her brother, on Thursday gathered a few hundred people in front of the old parliament building in Tbilisi for a demonstration to demand to immediately release Kvitsiani.

They walked toward the office of the Georgian Dream coalition. Nora Kvitsiani was detained during the special operation in Kodori. She was sentenced to prison time for illegally purchasing and keeping a weapon, and helping to set up an illegal paramilitary group. She was released by the new government in December, 2012.

Her brother managed to escape from the country during the operation. He came back only after the change of government and was immediately detained at the airport.

During the rally, Nora Kvitsiani said that they had expected that her brother would be freed, not sentenced to 12 years in jail. She and her supporters claim Kvitsiani is a political prisoner and they warned the government that if he is not released by December 1, they will begin a wave of demonstrations.

They claim the Prosecutor’s Office and the court is filled with people appointed during the previous government and that they are still fulfilling orders from former officials.

Soso Jachvliani, MP from the ruling coalition, was also seen at the protest. He later told journalists that Kvitsiani is his friend and brother, saying that during Kvtisiani’s action, Kodori Valley was protected.