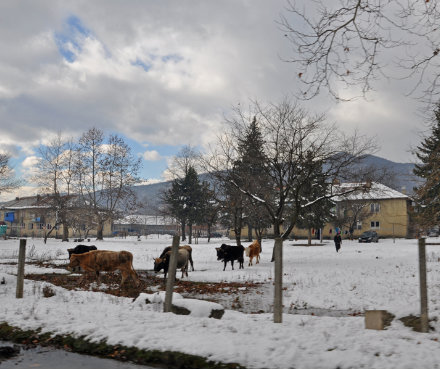 DUISI. DFWatch–Centuries-old mountain traditions and customs still regulate daily life in Pankisi, a valley in the northeast of Georgia populated by Kists and Chechens. Now the old ways are challenged by a new women’s council.

Traditionally, the highest decision making body has been the Council of Elders, which maintains order by dealing with social and economic issues, such as land disputes or conflicts between families. The Council of Elders used to deal with more delicate issues, like blood revenge, as well.

Iza Bekauri, head of the local non-governmental organization Kakheti Regional Development Fund (KRDF) says the Council of Elders is still the most influential decision making body in this region. Only the most respected men are elected to this council, and no women are allowed as members.

However, things are slowly changing in this corner of Georgia. In 2011, KRDF facilitated the creation of the Council of Women, which consists of 15 the most respected and influential women from Pankisi.

It acts as a mediator between women and men, assists women in resolving their issues and encourage them to speak up about their problems.

The new council’s biggest achievement so far is that it was involved in the election of the chairman of the Council of Elders, which is the highest authority within traditional law. Bekauri stressed that it was the first time that women had some impact in forming this council.

The Council of Women works in the same way as the Council of Elders do. Members discuss individual cases and try to come up with solutions. So far, they have processed 45 cases in total, dealing with issues such as domestic violence, forced marriage, inheritance and property division, child custody after divorce and polygamy.

“For example, after a divorce, the children have to stay with their father. And if the mother remarries, she loses all her rights to the children from her previous marriage. In such cases, the council mediates between them and helps to achieve some sort of agreement so the mother can see her children”, Bekauri explained.

She added that the fear of losing the children keeps many local women from divorcing their spouses.

Kameta, a mother of three and a Chechen language teacher at Duisi community center, is positive to the Council of Women. She says it is easier for local women to be heard now, as they can go to the new council, instead of turning straight to the Council of Elders. “My life is easy compared to other women. I have been living in Georgia for the last fourteen years, I have a job, Georgian citizenship, both of my daughters plan to study at the university. But even I feel better and safer with the Women Council here,” Kameta told DF Watch.

But the women of Pankisi are still challenged by lack of jobs, lack of representation in politics, the reluctance to discuss domestic violence outside the family and the resurgence of radical Islam, among other issues.