One dies in manganese plant in Chiatura, Georgia

One dies in manganese plant in Chiatura, Georgia 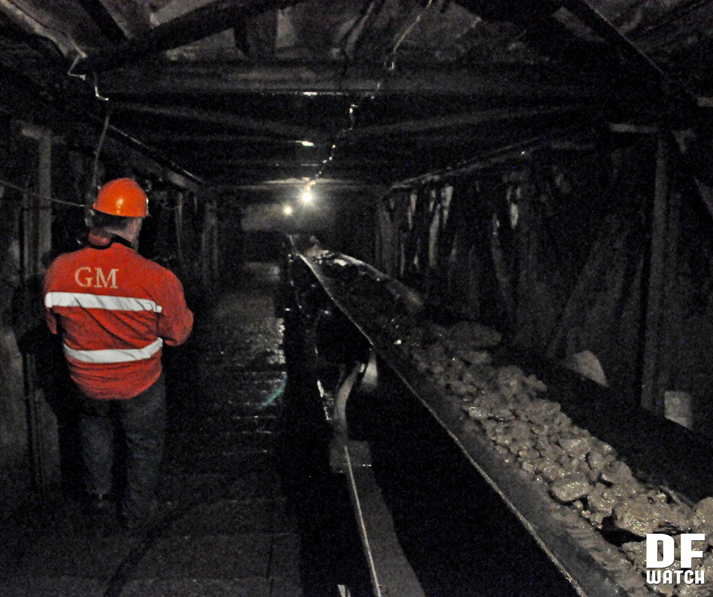 One worker died and another was taken to hospital with injuries after an accident in a mineral ore processing plant in Chiatura, Georgia, March 20. (DF Watch.)

TBILISI, DFWatch–A mine worker died Thursday in a metal ore processing plant in Chiatura, a town in western Georgia. Another worker was injured and brought to the hospital.

The plant was being dismantled by workers in the Darkveti mine on orders of the mine’s owner, Georgian Manganese, but were caught under the ruins of the plant.

The Ministry of Internal Affairs has launched a criminal investigation, based on suspicion that labor protection rules were violated. No other details are so far known. 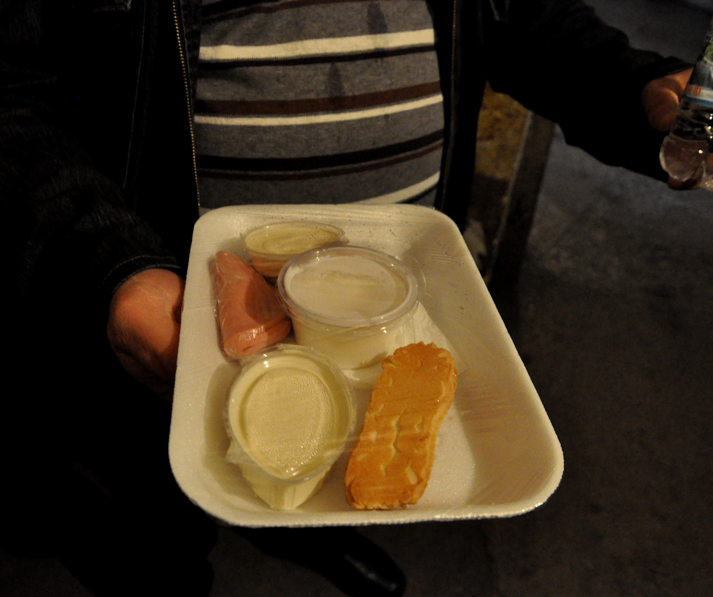 A typical meal each worker is served during one day. Their salary is reduced to pay for it, and they cannot decline it even during fasting. (DF Watch.)

DF Watch on Friday once more went to Chiatura, where workers helped us into two of the plants. The plants are distributing and washing manganese ore before it is sent to the Ferroalloy Plant in Zestaponi for melting.

While driving through Chiatura, old damaged buildings are visible in sideways, which you might think are old abandoned facilities, but actually they are plants which are still functioning. The end product is ferroalloys; one of Georgia’s top export products.

There are about seven mines in Chiatura and each has its own plant, where manganese is being cleaned from unnecessary material and then washed, processed and sent to Zestaponi.

During the day, we were let inside a small plant above the city. A woman, who is responsible for food and keeping the bathroom and toilet clean, showed us an ordinary meal which the workers are given once a day.

She said the majority of about 3 700 workers who work in the Chiatura mines and plants are religious and cannot eat milk products or meat during fasting. The company subtracted money for these meals from the workers’ monthly salary, and they are not allowed to decline paying for the meals.

Roland Abdushelishvili, one of the workers, told us that during the two last strikes, workers tried to assure company representatives that it would be good to have special shops in town for the workers and having special cards with which they could buy things. He says most of the people in Chiatura, men and women, are employees of the mines and plants and everyone would like to have this system. He said the company promised to consider this proposal, but he is pessimistic, because, he said, the company hasn’t ever fulfilled its promises to the workers. 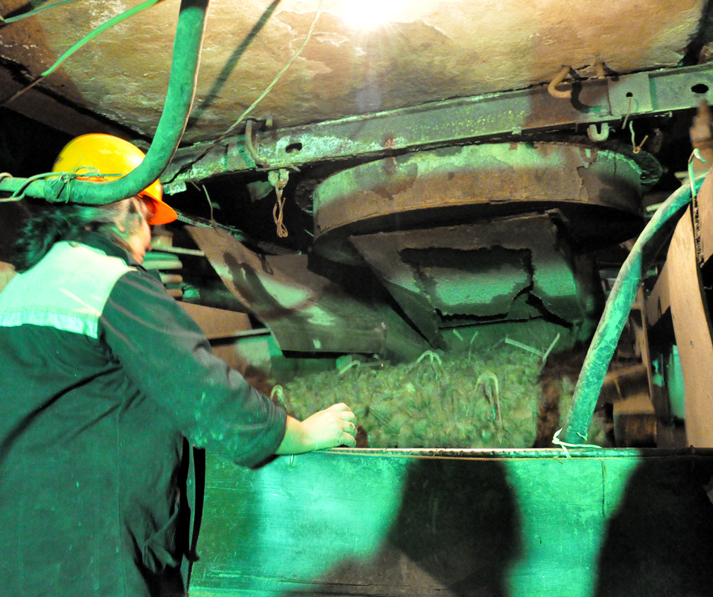 Most of the workers at this plant are women. Khatuna’s job is to remove pieces of wood and other impurities from the freshly received manganese ore, using her bare hands. (DF Watch.)

In the end of 2012, when there was a change of government in Georgia, workers in Chiatura organized a large rally which lasted more than a month. In the end they achieved an agreement with the company to improve certain conditions, like packed meal, new clothes, increased salaries, refurbished bathrooms and toilets.

But most of the promises were not fulfilled during the following year, and in February they again went on strike for a couple of weeks. Now, the strike is over and workers have received new promises. Some were just scared of getting fired for protesting and returned to work.

A woman who works at the first plant that we visited showed us refurbished bathrooms, which haven’t been used so far, because there isn’t running water there and the workers still bathe in the other room, which is old and out of order. 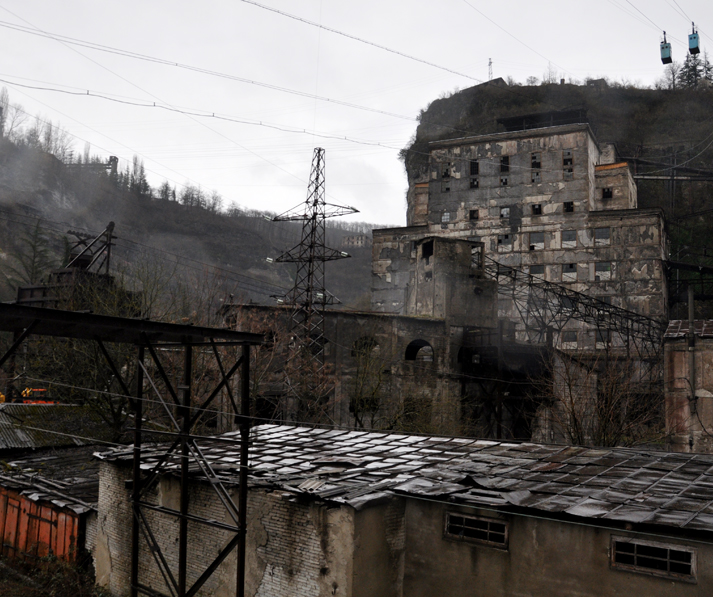 In the evening, we entered another plant, which is larger of has more than ten floors. Every plant and mine in Chiatura works 24 hours, so none of the facilities or equipment is ever refurbished, but is repaired on the spot when something breaks down.

When you go into the plant at night it is mainly dark everywhere, or there is some strange green light. There are large holes on every floor. Experienced workers are careful, but newbies may break a leg if they don’t know where not to step. On almost every floor, water is leaking from the roof. There are no windows in the whole plant. Some of the window holes are covered by planks or other material, because the workers who have to wash manganese are working in wet clothes almost all the time and in winter it is cold inside.

There is no central heating, so workers bring different kinds of heaters to avoid getting cold.

Manganese is everywhere. The pipes and equipment are rusty and old, and there are stones on the ground. Manganese is pouring out from different places making small hills everywhere, and since water is leaking from the roof, the entire area is black and muddy.

Most of the workers at this plant, which is processing ore from the Itkhvisi mine, are women.

Maya, for example, is responsible for the life of 20 people. She has a room from where she controls that the equipment is working normally and nothing is damaged or nothing is wrong. Earlier there was a special board on the wall with lights and if something was wrong, the lights went red and it was easy to fix the problem. Now Maya is responsible for everything. 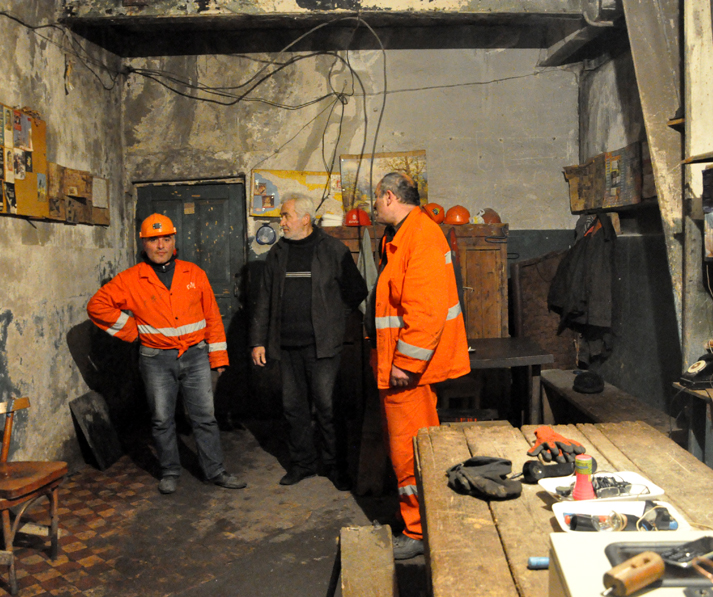 Khatuna and another of her colleagues are responsible for removing all unnecessary dirt like wood and cables from the freshly received manganese. They have to remove the dirt with their hands and send the clean manganese for further procedures.

All the floors of the plant are noisy and the plant is shaky due to heavy equipment. The stairs are old and damaged. You literally have to know every single corner and every single spot in the plant not to get hurt.

Despite the unsafe and uncomfortable conditions, the workers are cheerful and in a good mood. The are telling jokes and stories.

“Our shift is the oldest and best,” Roland tells us. “We are all friends here and happy to work with each other.”

There is a small room for women to change clothes with a small couch to lay down if someone feels bad.

In the room for mechanics there is special spot on the wall where workers have written down the dates of their birthdays.

“Well, we can’t remember everything, but we want to congratulate each other on birthdays. So that’s it,” Mamuka says.