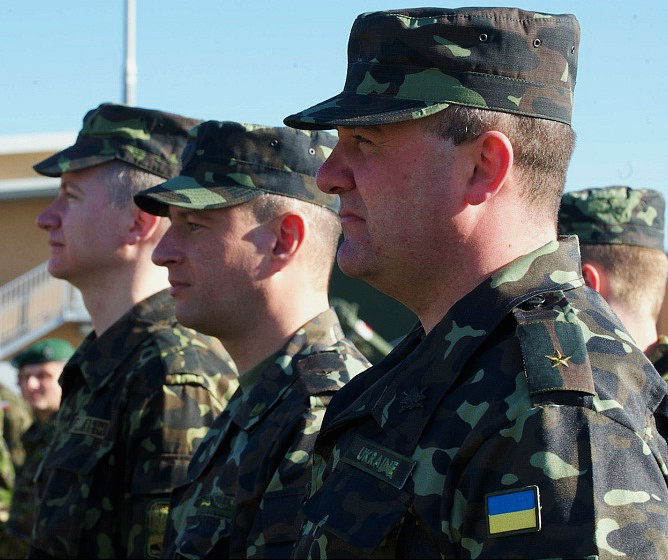 Ukrainian soldiers in the joint NATO exercise Saber Guardian, which was launched Friday in Bulgaria. (Photo by Brooks Fletcher/US Army.)

The exercise, which started Friday. is called Saber Guardian and has been planned for about a year.

It involves 700 soldiers from 12 countries. In addition to Georgia, they are Armenia, Azerbaijan, Belgium, Bulgaria, Moldova, Poland, Romania, Serbia, Turkey and the United States, in addition to 15 Ukrainian staff officers and representatives from NATO.

According to Jesse Granger, US Army Europe Spokesperson, the exercise aims at increasing regional flexibility, preserving and enhancing NATO interoperability, as well as facilitating multinational training.

The exercise involves peace support operations and humanitarian assistance and is aimed at senior-level staff, he says.

The location of the exercise is 400 km from Sevastopol, Crimea.