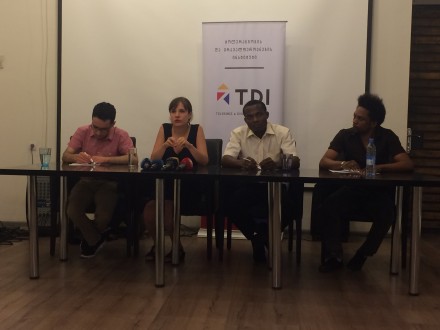 Tbilisi, DFWatch – Nigerian national, Solomon Adebayo Okeleye accused Bank of Georgia of racial discrimination for limiting his and other Nigerian students’ right to use payment cards.

According to the current legislation, only students with payment cards issued by Bank of Georgia can enjoy the benefit of paying a reduced fare on public transport. Although Okeleye opened his bank account in February this year, he wasn’t able to receive a payment card. In order to issue one, Bank of Georgia requested a recommendation submitted by a financial institution based in the US, Australia, Canada, or European Union.

An inquiry made by NGO Tolerance and Diversity Institute (TDI) revealed that Bank of Georgia considered Nigerian students ‘high-risk clients’ because of alleged cases of Nigerian citizens being detained on the territory of Georgia for drug trade and it was working on a new product which would allow foreign students to use bank cards only to pay for transport.

TDI pointed out that citizens of African and Asian countries often face discriminatory policies on behalf of banks, state, and educational institutions, such as being denied residence permit on the grounds of ‘posing a threat to national interests’.

Tolerance and Diversity Institute appealed to the Public Defender to continue the proceedings on the case and to use all available legal mechanisms to eliminate discrimination and to restore the equality violated, including the right to appeal the recommendation of the bank.