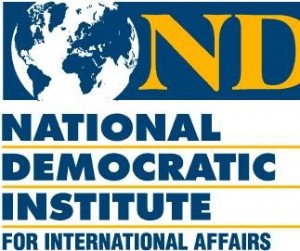 Tbilisi, DFWatch  – The National Democratic Institute released the results of the latest survey which details Georgians’ political affiliations before the upcoming parliamentary elections in October 2016.

Ruling Georgian Dream still leads political parties’ ratings with 32 percent out of those who will go to the polling stations and have settled their choice, traced by United National Movement with 26 percent; The third place has been clinched by conservative Alliance of Patriots of Georgia with 7 percent, while newly formed State for People, a party led by famous operatic bass, Paata Burchuladze, came up on the fourth place with 6 percent of likely voters, pushing below electoral barrier Irakli Alasania’s Free Democrats, which held the third position in several previous polls.

All other parties performed below the barrier of 5 percent as well.

The respondents said that the biggest barriers to free and fair elections in Georgia were bribing (37%) and harassment (22%) of voters, problems with voters’ lists (15%), people voting more than once (15%), ballot stuffing (15%) one person voting for others (14%), unequal access to media for parties (13%), budget money being used unfairly in the election (13%), and voting a specific way to keep job (13%).

The poll also revealed 16% distrust towards international and 20% to Georgian election observers.

Which party would you vote for? (First choice)

How would you describe your support for your first choice?

Which party would you never vote for?

Planning to vote for the same political party/group you voted in 2012?