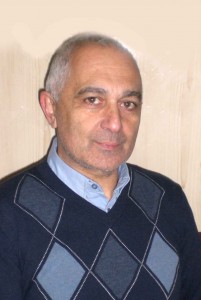 On Monday, November 21, 2011, in the conference hall of the Georgian Parliament Library, I was to hold a presentation on the topic: “Government’s Dilemma in a Neo-patrimonial Society: Institutionalisation of Democracy or Destruction of Clientelism?“

The presentation was blocked by an invisible hand phone call – one of three invited members of parliament or the head of parliament, in the administration of the Parliamentary Library. There was a paradoxical coincidence, a presentation in which one of the issues should be consideration of democratization and its component – the freedom of speech, freedom of media, the rule of law after the Rose Revolution, one of the creators of revolutions, a member of the Georgian parliament without breaks Appeal.

The article which is the basis for the presentation can be read in full in Georgian and English language at the Caucasian Institute of Economic and Social Research Online (www.ciesr.org). The presentation addresses the problem of democratization in Georgia after the “Rose Revolution”, during the transformation of the patrimonial oligarchic hybrid regime of Shevardnadze.

The eight post-revolution years have seen a lot of initiatives and efforts, coming from the top, to reform and modernize the country, which may also be called, considering the use of force for the preservation of the regime, “counter-revolutionary stabilization”. The presentation shows a “shadow” ideological basis of the revolution and after revolution – the choice was made in favor of a liberal economy rather than democratization, and nation-corporation “Georgia” instead of a nation-state.

The post-revolution development of the Georgian society and State has shown that: rational bureaucratisation prevailed over the democratisation effort, churning out various informal political institutions based on patron-client relationship and “exchange of loyalty and favour” not only in the newly formed State structures but most vigorously on every level in the dominant revolutionary party. In the last two decades, Georgia has had a hybrid governance regime.

We conducted a comparative analysis, based on empirical data, of hybrid governance regimes, examined dynamics of various averaged scores 1999-2011 and grand-elite corruption ranking of Georgia; and classified a hybrid regime consolidation and related factors. We also identified the causes of political and constitutional crisis in Georgia, and the role of the dynamics of the distribution of political parties on the political arena. We have reached the conclusion that the rational-bureaucratic transformation was incomplete and politics were not fully separated from economic life in Georgia, which led the rent-seeking groups to decide that it would be most beneficial and cost-effective for them to take part in the patron-client neopatrimonial distribution of capital and resources.

In Georgia heavy-handed rationalisation was claimed to have been necessitated by the need to fix the economic sphere. However, in reality it resulted in counter-revolution stabilisation: resources of independent economic players were expropriated, their political influence was curbed and, finally, the role of parliament and political parties declined. A successful heavy-handed rationalisation can be seen as a form of bureaucratic revolution, initiated by the central government, which can significantly transform the regime into some sort of bureaucratic neopatrimonialism (with the dominance of forceful bureaucracy) similar to “bureaucratic authoritarian” states of Latin America or East Asia. The government led “bureaucratic revolution” (and successful counter-revolution stabilisation).

An alliance of rent-seeking economic actors and neopatrimonial bureaucracy, like that of the first decade of independence, came to power in post-revolution Georgia; as a result, the bureaucratic-oligarchic-patrimonial regime developed in the country.

The existing hybrid regime may evolve towards democracy and Georgia may get a chance of development, in case of “fair play”, i.e. constitutional compromise, based on the principles “Cooperation is cheaper than suppression” and “Equal distribution of resources among actors”. Or else the actors will resort of regime consolidation – a pact which implies political pluralism and renunciation of monopoly.

The two worst, objectionable scenarios of the developments of events are an authoritarian transformation of the hybrid regime by the method of counter-revolutionary stabilization in its most radical form, i. e. stiffling of any possible trvolution by violence, or else the reiteration of the revolutionary scenario of 2003, i. e. a kind of déjà vu , but with unpredictable fatal consequences for the country’s development.

Despite all the obstacles all the same presentation will be held by Caucasus Research Resource Centers on Monday, November 28, 2011, 16:30 pm, in the conference room of the Georgia International School of Economics Address: 16 Zandukeli Str. Attendance is free. Members of Parliament will be invited again.

[Editor’s comment: Clientelism is a political system based on assymetric relationships between groups of political actors described as patrons and clients, which give and take favors to eachothers’ common advantage. Patrimonialism is an autocratic form of government with strong central power concentrated around the leader.]