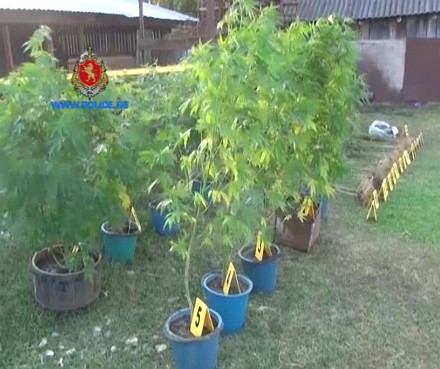 TBILISI, DFWatch–A 38 year man was arrested on Saturday for growing marijuana in the northwest of Georgia.

The man is charged with illegal purchase and possession of a large amount of drugs.

Groups in Georgia have been campaigning for lesser sentences for using soft drugs like cannabis. A legalize marijuana march is held every year on June 2.

Parliament dithered on the issue earlier this year when discussing a proposal proposed by a pop singer turned member of parliament. The bill is still in committees.