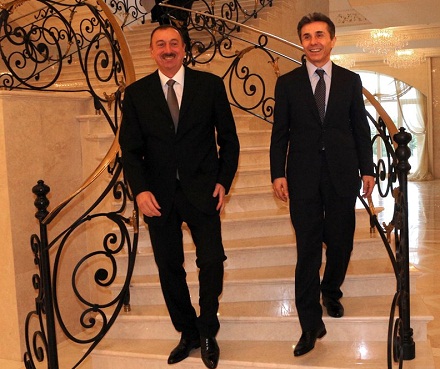 The two held a closed meeting which took place at Aliyev’s Zagulba palace.

Among the topics were deepening bilateral relations and perspectives of future cooperation, as well as the export of energy resources.

After the meeting, Alyev showed the Georgian PM around his palace.

Ivanishvili will also meet with his Azerbaijani colleague, and round off his trip by answering questions from the media.

The Georgian delegation will return on Thursday.