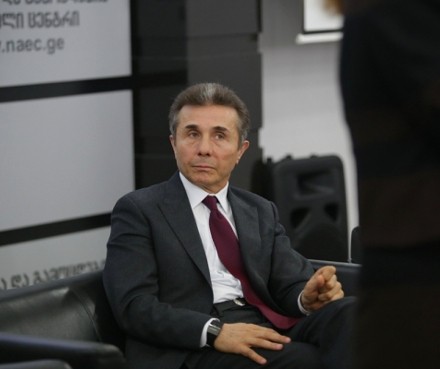 Tbilisi, DFWatch – ‘Certain representatives’ of the international organizations were ‘so deeply engaged in the lie machine’ of the previous government that assessment of the ongoing events in Georgia used to be written by the leaders of the United National Movement, rather than by foreign experts, asserts former PM Bidzina Ivanishvili in his lengthy open letter published on Monday by 2030, a news agency affiliated with him.

“Unfortunately, such relapses are being observed all over again,” Ivanishvili states.

He goes on criticizing NDI and IRI, two American organizations, which periodically publish opinion surveys about various aspects of social and political life.

Ivanishvili acknowledges that these two organizations have carried out many important projects in Georgia, ‘for which we are grateful’, however, he claims the field works for the survey had been carried out by ‘local specialists with close ties to the UNM’.

In the next paragraph he states that ‘UNM activists’ working at research organizations have managed to impose ‘their lies’ upon international organizations.

Ivanishvili doesn’t name neither the organizations nor certain ‘UNM activists’, however, for IRI field works have been carried out by Institute of Polling and Marketing, and for NDI by CRRC Georgia.

The latest polls by both NDI and IRI showed significant decline in support for ruling Georgian Dream, which was founded by Bidzina Ivanishvili.

“Saakashvili’s team was constantly talking about integration with the West, however, their goal has never been the country’s Europeanization,” Ivanishvili writes. “In fact, Saakashvili’s management style was completely anti-European and aimed at frustrating and subduing [people].”

“These pseudo-Europeanism and façade democracy have fostered anti-Western and anti-liberal sentiments among the part of society, which is very dangerous for our country,” Ivanishvili concludes.