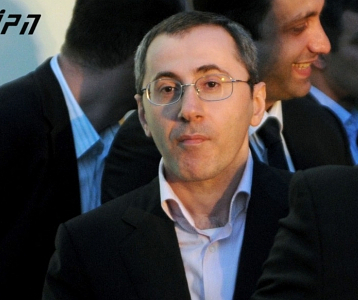 The latter is still wanted, but there is no information about Adeishvili in the Interpol database anymore.

Neither Georgia’s Interior Ministry nor Prosecutor General’s Office has commented yet about the disappearance of the “Red Alert” notice from Interpol’s website.

There are three criminal investigations against Adeishvili. One of them concerns torture of prisoners, another one is the plan to bankrupt Cartu Bank. The third one is about the dispersal of an anti-government rally on November 7, 2007, and illegally breaking into and shutting down Imedi TV.

Otar Kakhidze, a lawyer representing Adeishvili, says he has not yet received official confirmation from Interpol that the notice has been revoked. He says the defense has asked Interpol several times to send information about trials and details of the cases, like witnesses changing their testimonies.

The lawyer told DF Watch he also has sent a request to Interpol to remove Adeishvili from the list of wanted persons, but he doesn’t know this is the reason the notice was removed.

Adeishvili left Georgia after the parliamentary election in 2012, when the National Movement was defeated by the Georgian Dream coalition. There were claims that Adeishvili had received political asylum in Hungary.

Later he was spotted in Kiev.